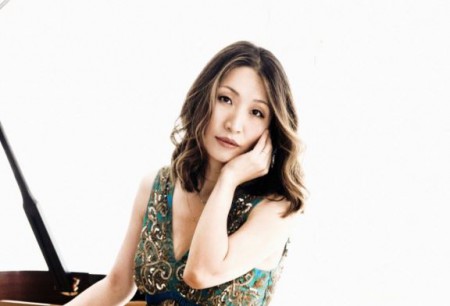 There is a saying do what you love. When you love your work, you become the best worker in the world. And today we are going to talk about Soyeon Kate Lee. She is a trained classical pianist, who is an Assistant Professor of Music in Piano at the Cincinnati-College Conservatory of Music.

An active chamber musician, Miss Lee, was born in 1979 in Seoul, South Korea. Her exact date birth is unavailable. Later she moved to the United States at the age of 9. She graduated from the Interlochen Arts Academy with the highest honors in music. Likewise, she completed her studies at The Juilliard School, earning her Bachelors, Masters, and Artist Diploma degrees.

Ms. Lee was awarded every prize given to a pianist at Juilliard, including the William Petschek Piano Debut Award at Lincoln Center and the Arthur Rubinstein Award. For your information, Alison Martin, mother of Chris Martin, was also a famous music teacher of her time.

Married to a Classical Pianist

Soyeon Kate Lee is a married woman and is happy to found a partner who shares a similar interest to her. Her husband, Ran Dank is an Israeli classical pianist who has won every major prize available for a young musician in his own country.

The 37-year-old Ran dark and the 39-year-old, Soyeon Kate Lee has been married for a long time. At the moment, she currently resides in Cincinnati with her husband and their children.

Soyeon Kate Lee and her husband Ran married in 2013. As of 2019, the couple has been married for six years and are living a blissful life. Four days before their wedding, they played a program of four-hand piano pieces at Le Poisson Rouge in Greenwich Village.

Both Lee and her partner, Dank, seems to be thriving in their respective career. Till date, we haven't heard any news of their separation. Lee and Dank play beautifully as soloists and as a pair producing an entirely unified sound.

From their marriage, Lee and her spouse have two children named Noah and Ella. However, the couple hasn't revealed much about their children.

On March 23, 2015, Lee shared a picture of her youngest child without mentioning a name. Looking at the picture, it seems that the baby boy is around three years old as of 2019.

There is not much information available about Lee's previous relationship, but during 2008 she briefly dated, Tom Szaky. For your information, Tom is the CEO and founder of TerraCycle, a company that makes consumer products from waste. Some sources have claimed that Lee and Szaky were married, but there is no exact evidence.

As of 2019, Soyeon Kate Lee has an estimated net worth of $500,000. The primary source of her earning is mainly from her musical career as a pianist. The talented classical pianist, Miss Lee, has performed in many musical shows and has won several awards.

Moreover, Lee is the co-founder and artistic director of Music by the Glass, a concert series dedicated to bringing together young professionals in New York City. Also, she rides a stunning Camry for her ride.

The average salary for a professional pianist is around $58,000 per year. Therefore, by assumption, we can say that Soyeon might earn in similarly.