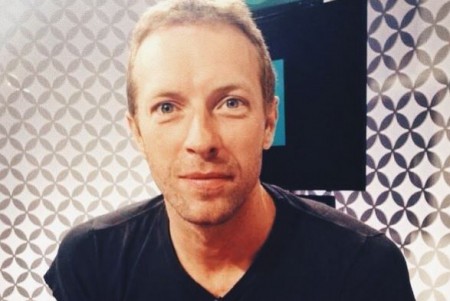 Who is Chris Martin?

Someone wisely said that "Music gives soul to the Universe, wings to the mind, and life to everything." Well, we agree that music is the universal healer in our sorrow and pain. And today we are going to talk about one personality whose band is one the most listened and globally well-received band. We are talking about Chris Martin, who is the lead singer and co-founder of the British Rock Band called 'Coldplay.'

Coldplay has sold more than 100 million records worldwide and has won numerous awards throughout their career. Coldplay achieved worldwide fame with the release of the song "Yellow" in 2000.

But we will get into an insight of Chris' personal and professional career. So, how he began his music career? What is his net worth? Is he married? Let's know in full detail.

Chris is the oldest of five children and grew up with his siblings. He attended the Pre-preparatory Hylton School and the preparatory Exeter Cathedral School where he found his passion for music. Martin continued his studies at University College London (UCL), and graduated with first-class honors in Greek and Latin. he met his future Coldplay bandmates while studying at UCL.

While studying at UCL, Chris martin formed the band whose initial name was Pectoralz later changed to Starfish. The name Coldplay was offered by another band. The band received worldwide fame with the release of the song Yellow in 2000 and their debut album parachutes the same year. The band's second album, A Rush of Blood to the Head (2002) received critical acclaim and won many awards.

As a solo artist, Martin has written songs for several acts and has collaborated with many singers like Jay-Z, DJ Avicii, Dua Lipa, and Gavin Rossdale. Apart from his music career, Martin has several endeavors such as he appears in films as cameos, politics, and philanthropic activities.

Is Chris Martin married? Well, the British singer was once married to American actress, Gwyneth Paltrow. How did they meet? In October 2002, Paltrow met Martin at the Backstage and they began dating afterward.

The couple married in a hotel at Southern California in a quiet ceremony on December 5, 2003. Martin and Paltrow welcomed their first child a daughter named Apple born on May 2004 in London. Likewise, their second child, a son named Moses was born in April 2006 in New York City. Sadly, Martin and Paltrow announced their separation as a "conscious uncoupling" in March 2014 after ten years of marriage.

As per reports, Paltrow cut down on work after becoming a mother and she even suffered from Postpartum Depression after the birth of her son. Unfortunately, in April 2015, Paltrow filed for divorce and it was finalized on July 14, 2016.

Apart from Paltrow, Chris has been in relationships with Annabelle Wallis, Jennifer Lawrence, and Natalie Imbruglia.

The answer to whether Martin is romantically involved or not is Yes he is dating. Well, he is the boyfriend of the 29-year-old, Dakota Johnson. In 2017, Chris began dating actress Fifty Shades of Grey' star, Johnson. However, they briefly broke up in May 2019 after two years together. But, just after a few days of their breakup, the couple reconciled.

On August 8, 2019, Dakota was spotted escorting her boyfriend's son to the helipad for a ride in a private helicopter in New York City. Do you want to hear a piece of interesting news? Well, on August 5, 2019, Martin along with his girlfriend, Johnson double-dated with his ex-wife Gwyneth and her husband Brad Falchuk.

What is the Net Worth of Chris Martin?

The 42-year-old, Chris Martin, the co-founder of the band Coldplay has a stunning net worth of $120 million as of 2019. He is best known as the lead singer of the Coldplay and the band has won three Grammy Awards.

As a solo artist, Martin has collaborated with many great artists. Between June 2017 and June 2018, Coldplay members earned a combined total of $100 million. Additionally, Martin appeared on Debrett's 2017 list of the most influential people in the United Kingdom.

The fortunes of Martin and his bandmates are worth a combined $447,000,000. Coldplay's tour in November 2017 grossed over $523 million and became the third highest-grossing concert tour.

Apart from his career, Martin has also several business endeavors such as Real Estate. As per reports, he is expanding his Malibu real estate holdings. In May 2019, Martin bought a 1,816-square-foot home for $5.475 million in the Point Dume area.

Along with his new beach home, Martin owns three other estates in the Malibu area, including a $14 million home he and his ex-wife bought in 2014, a 6.5-acre property he bought for $4.45 million in early 2018 and a $3.7 million ranch house.

Stick on marriedceleb for more updates.