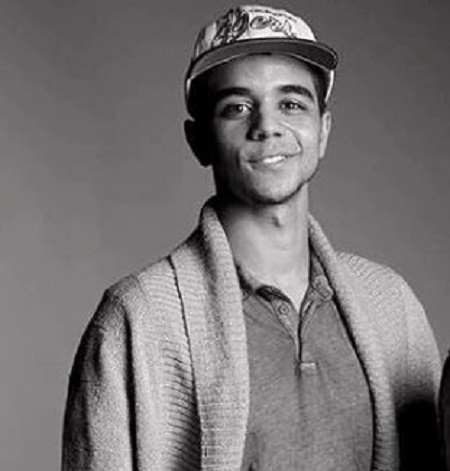 Spencer Gooding is an American celebrity child who is the first-born or eldest son of renowned actor, Cuba Gooding Jr., and his former wife, Sara Kapfer. His father Cuba has portrayed in The Tuskegee Airmen (1995), Jerry Maguire (1996), and Outbreak (1995), following his breakthrough role as Tre Styles in Boyz n the Hood (1991). Similarly, Spencer made a TV debut in a 2002 Slamball episode.

He was born on September 11, 1994, in New York City, NY, United States. He is the grandson of late popular R&B singer Cuba Gooding Sr. and his uncle's name is Omar Gooding, an actor. Further, he has two younger siblings named Mason Gooding (born in 1996) and Piper Gooding (born in 2005). Likewise, he is the nephew of Omar Gooding, and April Gooding.

Is Spencer Dating Anyone? Know about his Current Relationship Status

Gooding who is 26 years old is still an unmarried man and seems to be single currently. Being a celebrity kid, he still manages to keep his personal affairs away from the limelight.

So far, there are no records of Spencer being in a connection with someone to date. Even after scrolling his social media accounts, he does not seems to be engaged in any love affairs. For now, he is highly focused on his studies as he recently graduated from Wesleyan University in 2018.

His Parents' Cuba and Sara Separated in 2014

Spencer's parents, Cuba Gooding and Kapfer first met in 1986 during her high school. After 8 years of romance, they were married on March 13, 1994.  And during their two decades of the union, they gave birth to three children together.

In August 2014, the 54-year-old Sara applied for legal separation in a Los Angeles Superior Court. The pair cited irreconcilable differences as the explanation of why their marriage had broken down. After sharing a joint legal and physical custody of their kids, they ended their conjual life on April 16, 2014, after 22 years of marriage.

Spencer Gooding Net worth and Source of Income

In the meantime, Spencer Gooding has not revealed any of his financial living statuses and his actual profession is unknown to the media.

On the other hand, his father, Cuba, who has a net worth of $14 million, is known as the most recognizable face in the entertainment industry. He made this amount throughout his long and prosperous acting, producing, directing career.

In fact, he was reportedly paid $600,000 for his Oscar-winning performance in Jerry Maguire, and $1.5 million for What Dreams May Come. In addition, the actor who won the Academy-award also received $1.5 million for Men of Honor and $2 million for Instinct.