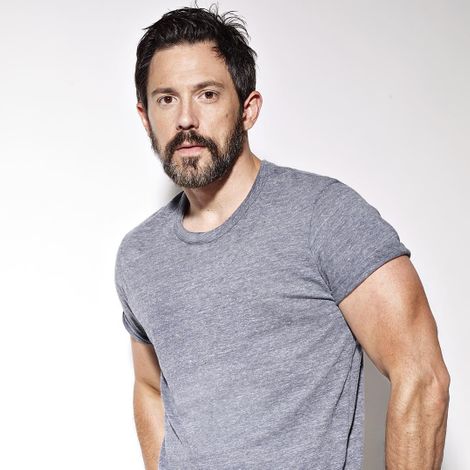 Steve Kazee is an award-winning Broadway American theater, TV actor and singer as well. Some of his songs such as Leave, Falling Slowly, Say It to Me Now and Broken Hearted Hoover Fixer Sucker Guy.

Also in 2012, he won Tony Award for Best Performance by a Leading Actor in a Musical for Once and Grammy Award for Best Musical Theater Album in 2013. Furthermore, he also won a nomination for Drama League Award and Outer Critics Circle Award in 2012. Although he has not collaborated with American actors like Raul A. Reyes and Gavin Leatherwood, he has featured in several blockbuster movies with prominent artist such as Cristin Milioti, Zane Holtz and many more.

The TV stars attended the Casamigos Halloween party of Mike Meldman on 26th October 2018. They showed their PDA, although none of them confirmed their relationship.

Dewan later publicly declared him as her boyfriend in April 2019 during an appearance on Ellen’s show.

Then, the media has captured them celebrating eachother birthday and Valentine’s Day side by side. Along with this, Steve and Jenna frequently share pictures via social sites, including Instagram.

Well, Dewan, TV actress who is known for her role as Nora Clark in the 2006 film Step Up is the former wife of  Channing Tatum. She and actor, Tatum divorced in April 2018 after nine years of marital life.

And the presence of a new boyfriend, Steve has blessed her again. He even shares an excellent connection with her daughter,  Everly Tatum whose age is six years.

Steve is really into wrestling

In the interview with The Ellen DeGeneres Show, Jenna said her boyfriend Steve got her into watching WWE.

Dewan watched WrestleMania by herself, and she continued:

"He wasn’t even in town and I watched WrestleMania. "I was by myself, I ordered it, and I was sitting there texting [Steve] like, ‘Do you know what’s happening?’ I had to! I had to know! I was hooked!"

Steve, my boyfriend, is a huge wrestling fan. And he got me so into it !", she said.

Jenna and Steve adopted a dog from a Studio City, California rescue named Wagmor. Wagmor is a luxurious pet hotel and spa. With the realization of a dog as part of their family, the organization was for the sake of a dog's comfort and safety.

Recently on September 2019, they celebrated the first adoption anniversary of their dog, Cosmo. They both are happy giving shelter to a four-legged fur friend and even shares their expression via Instagram.

Before Jenna, an award-winning American star was in a relationship with American actress and singer, Megan Hilty for six years. But, later they parted their ways, and Hilty was the one to break their ongoing affair.

“The lessons I’ve learned about my time with Megan, six wonderful years, will live with me forever, I have zero angst or anxiety about her. She’s a warm, caring, immensely talented, lovely human being.”

Then after the break up with Smash and Broadway standout star, he started dating to Italian TV host and sideline reporter, Michelle Beadle in 2015.

The lovebirds announced their relationship in an interview of ESPN, and it was speculated the couple had been dating for a while. However, their romance faded out in December 2016, and the pair broke off love affairs.

Working as an actor and singer, Steve Kazee has earned a hefty amount of money himself. Till date, he has starred on various TV, theatre and as well as musical credits. Unfortunately, Kazee's net worth is still under evaluation as of 2019.

On the other hand, Kazee's girlfriend Jenna Dewan is an American actress, model, producer, businesswoman, and dancer who has a staggering net worth of $20 million as of 2019.

American singer and actor Kazee was born on 30 October 1975 in Ashland, Kentucky, the United States as Steven Michael Kazee. He is the son of mother Kathy Kazee while his father is not known. Sadly, his mother Reba had passed away due to cancer on Easter Sunday 2012.

The Broadway star holds American citizenship and is of white ethnicity. As far as his education, Steve studied Fairview High School and Morehead State University for further education. Later, he completed MFA from the Graduate Acting Program at NYU‘s Tisch School of the Arts.