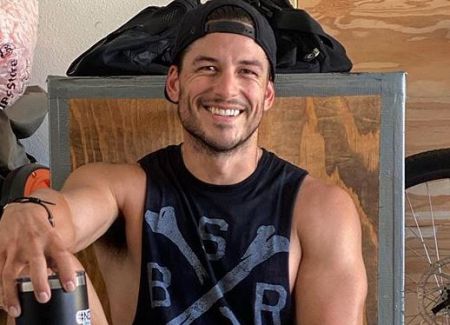 Steven Tinoco was a household name in minor league baseball, but he rose to fame as the fiance of Paige Spiranac. Steven is now a certified fitness trainer who works for the Six Zero Six Fitness. His fiancee is a professional golfer and social media star known as the sex symbol in her sport.

At present, Tinoco is the sponsored athlete of Rivalus. Talking about his baseball career, he played professional baseball for the Joplin Blasters. Now, let's know some lesser-known facts about Steven and his personal life.

Steven is engaged to his girlfriend, Paige Spiranac. The couple first met at Phoenix Open, a golf tournament's party in 2010. Steven approached Paige, and later she even agreed to go out on a date with him.

Meanwhile, the couple managed to keep their relationship low-key until 2016. While they were on a trip to Dubai, Steve asked Paige to marry him, and the pair held their engagement in December 2016.

Neither Steve nor Paige has revealed the date of their wedding. However, they never miss any chance to show love for each other on social media. The soon to be husband and wife loves traveling, attends sports matches, and share a pet dog named Niko.

As mentioned, Paige often comes into the spotlight for her wardrobes and revealing outfits. However, Tinoco has no problem, and he fully supports her career. Paige once said that her partner understands the business and doesn't care about outside opinions.

Who is Paige Spiranac?

The 27-year-old Paige Spiranac is an American golfer, fitness model, and social media star. She rose to fame following a controversial invitation to the Omega Dubai Ladies Masters in 2015.

Despite not playing professional golf since 2016, Paige has remained one of the most popular female golfers. She is rather concentrated on growing her business brands. Further, Paige has appeared in magazines such as the Sports Illustrated Swimsuit edition and Golf Digest.

The former baseball player, Steven Tinoco, has a net worth of $300,000 as of 2020. As a personal trainer, he earns an annual salary of over $39,216. Steven is also a sponsored athlete of Rivalus, a sports nutrition company from which he earns a decent sum of money.

On the other hand, Tinoco's fiancee, Paige, has a net wоrth оf $1 mіllіоn, which is lesser than Australian golfer Minjee Lee. During her professional career, Spiranac earned over $47,943 per year and additional income from sponsorships.

Steven Tinoco was born to parents, Robert and Paula Lynch, on April 11, 1988, in California, the United States. While studying in Tesoro High Schol, Tinoco played baseball and football. Moreover, he graduated with a Bachelor of Science in Criminal Justice and Corrections from California State University.

Talking about his baseball career, Steven played in Class A for the Hudson Valley (NY and Pennsylvania League). After retiring, he chose a fitness trainer as his profession and is doing pretty well.