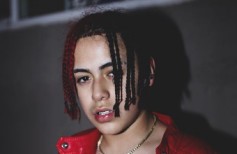 Body and Relation Status of Suigeneris

The uprising star Suigeneris is an American rapper who got his career breakthrough from his song Now which was featured by Lil Skies. He is one of the emerging Rapper worked with the star-like Comethazine. His gaining popularity through platforms like Instagram, YouTube and Soundcloud.

Born in San Jose, CA on July 23, 2003, Suigenris is also known as Suie. He is also a trap and hip hop artist whose debut album is called The Cheat Code.

Check Out About His Relationship

The 17 years old rapper and hip-hop seem to be single. He is a famous Youtube artist, and according to his confession, he is single and no longer wants to engage in any kind of affairs.

Evidently, he is focusing on his music career, perhaps that's the reason he is not been into any kind of love bond. But he used to be associated in a love union. Just scroll down to know his past girlfriend.

Rapper Suigeneris used to have a relationship with Tik Tok celebrity and Music artist Devenity Perkins. It's a bit unclear how these young couples first meet but we do know that they have spent several wonderful time together being boyfriend and girlfriend.

Merch and Devenity has done music project with together which was released on YouTube on Sep 2019. Their song's name was Jekyll & Hyde. Both of them are internet celebrities and while they used to be in relation, they often spotted around the restaurant in California. Want to know why they separated then, keep scrolling.

Reason Behind Their Breakup

It's no secret why the young couple broke apart. Recently, in Youtube video, Suigeneris admitted that his ex-girlfriend often seen going out with another guy. She is a party popper and never received a call when he wants to talk. He also stated that,

I know from beginning that she is cheating on me, but i stay quiet never complain for anything, i grew up faster than my age and i know whom to trust, i never spoke about her cause i am still her friend.

It's been clear that the duo is no longer with together. Furthermore, the recent post and activities of them in social media reflects that they have moved on from their past. Now, let's see how much he has earned.

Is He A Millionaire?

Being the rapper Suigeneris has earned a decent amount of fame and fortune through his music career. His estimated net is estimated net worth around $300,000. However, most of his earning came from YouTube.

He earns around $500 to $1000 per week through youtube earnings similarly, an artist like Matty Braps earns around $1800 to $296 per month. Whereas Youtuber and rapper Tray Bills estimated net worth is $300,000.

In July 2017, he released his first single via SoundCloud where he received around $60,000 and till days, he released his songs on SoundCloud. Aparts from his music, the young artist love branded cars, he owns a black Bentley which valued over $160,000.

Besides his internet persona, he also received a great portion of money by advertising the brand through his Youtube channel but so far he has not revealed his incomes and earnings.