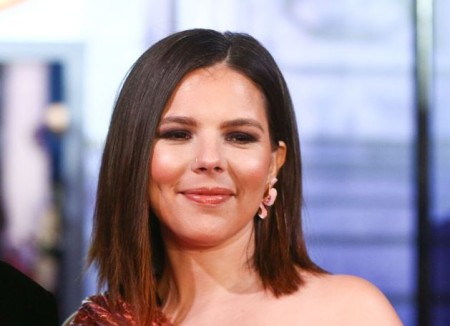 Vanessa Nadal is a renowned attorney as well as she is a celebrity wife of American multi-talented personality, Lin-Manuel Miranda. Nadal's spouse is one of the few respected artists who has won a Pulitzer Prize, three Grammy Awards, and an Emmy Award. Miranda is an actor, singer, playwright, composer best known for creating the Broadway musicals, 'In the Heights' and 'Hamilton.'

Vanessa Adriana Nadal was born on August 18, 1982, in New York, United States. Apart from being a lawyer, she is a professor, engineer, and consultant. Nadal earned her Engineering degree from Massachusetts Institute of Technology. Likewise, she received her Juris Doctorate from Fordham University School of Law.

Married to a Renown Personality

Vanessa and her husband were high school sweethearts, but they reconnected after ten years. The couple started dating in 2005 when Miranda invited Nadal to a dance show.

Nadal and Miranda exchanged their wedding vows on September 5, 2010, in Staatsburg, New York. Since then, the couple has been together without controversies and conflicts. Nadal frequently accompanies Miranda on Red Carpet events and his premieres.

The 37-year-old attorney and her spouse are also proud parents of two lovely kids. They welcomed their first son, Sebastian, in November 2014. Likewise, their second son, Francisco, was born on February 2, 2018. Despite their busy schedules, Nadal and Miranda manage to find time for their children.

Successful in their Respective Careers

There is no doubt, Lin-Manuel Miranda is a talented personality. However, his wife, Vanessa, is also a successful woman. She has worked in higher positions for several reputed organizations such as Jones Day and Johnson & Johnson, to name a few. At present, she is an adjunct professor at Fordham University School of Law.

Meanwhile, Nadal's partner, Miranda, is best known for creating the Broadway musical, Hamilton. The show was nominated for 16 Tony Awards. Miranda has also appeared in numerous television and movies. Another renowned couple, Marjorie Elaine Harvey and her husband, Steve Harvey, has also been married over a decade.

The celebrity wife, Vanessa Nadal, has a net worth of $2 million as of 2020. Although she gets to enjoy her husband's massive net worth, Nadal prefers to work on her own. As a MIT graduate, Nadal has accomplished a lot on her own. Before her marriage to Miranda, she had already earned a degree in Chemical Engineering. Currently, she earns an annual salary of over $175,000 as a professor.

After graduating from MIT, Nadal worked for Johnson & Johnson as a R&D scientist for nearly three years. During this time, her salary was around $125,000 per year. From 2011 until 2016, Nadal worked as an associate at Jones Day, an international law firm. Her annual salary at Jones Day was over $205,000. Similarly, Nadal's extra earnings include her stint as a legal consultant.

How much is Lin-Manuel Miranda's Net Worth?

Nadal's husband, Lin Miranda, has a stunning net worth of $80 million as per celebritynetworth. Do you know, he earns tens of millions every year from his several ventures? Additionally, his critical success show, Hamilton, has grossed over $500 million as of now. Further, in February 2020, Miranda received $70 million from Disney for the movie rights to Hamilton.