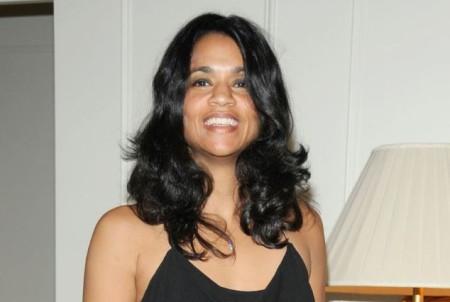 Kentuckian Allan Houston is a former basketball player who has represented the US in 2000 Olympic Games and FIBA Americas Championship. Besides being a devoted NBA player, Allan is also a beloved husband and a father. He is married to Tamara Houston for more than 24 years.

Born in 1972, Tamara and his husband are devout Christian. Besides being an NBA champion's wife, Tamara is an amazing mother of seven kids. Just like, Savannah James, who is the wife of NBA star, LeBron James, Tamara is a devoted wife.

Married to a Devout Christian

Tamara tied the marital knot with NBA All-Star Champion Allan on 24 August 1996. Together, the couple shares seven kids, including Remie Jean, who was born in May 1999. Unlike many failed marriages, the Houston couple's marital life is praiseworthy. As a devout follower of Christianity, Tamara and Allan have succeeded in leading a blissful married life.

In her 2013 interview with Party with Moms, Tamara stated that she is thankful for the first date night with Allan. She even believes that the children are the fruit of her and Allan's union. One of her precious times is the time spent with her husband. Besides, she also loves to go places with him. Tamara also added that she would go anywhere with Allan. The couple's marital life is indeed a blessing and inspiration to many.

What is Tamara's Net Worth?

Tamara's net worth can be estimated to be around $5 million. Since her professional career is always kept private, Tamara's source of earning is yet to be disclosed. In 1997, husband Allan was reported to have received an astounding sum of $68 million. Being a millionaire's wife, Tamara surely lives a life of well off people.

Tamara and Allan also owned a house in Westchester, New, along with her husband. The mansion was spread in 19,000 square feet and included eight bedrooms and ten marble bathrooms.

It also had an indoor basketball court, trophy room, state-of-the-art theater, game room, steam room, and fitness center. The couple sold the French revival home in 2017 for $20 million. Currently, the Houston family resides in an expensive house in Manhattan.

Tamara Is a Proud Mother

Tamara always loves being a mother who was inspired by the motherhood of her mom, grandma, and aunts. According to her, motherhood is quite a challenge that brings opportunities to be a better mother. Together with five daughters and two sons, Tamara does all sorts of things. Moreover, she loves to sneak into their rooms and have a chat.

Tamara always loves being with her kids every time she gets and is committed to them completely. When not with her kids, Tamara loves to travel and read the bible. Additionally, she also listens to Elton John, Miles Davis, and Prince while enjoying quiet dinner with her husband and friends.