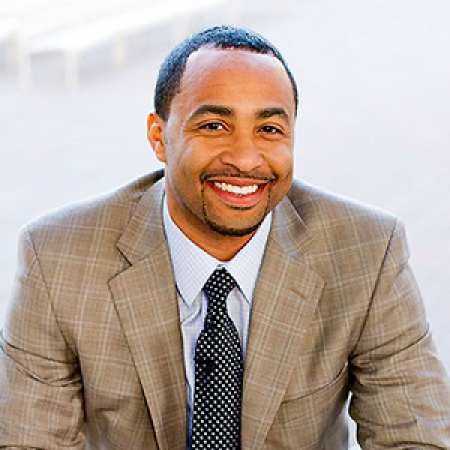 Terrell Fletcher is a retired american football player who is currently based in San Diego, California and is involved in the service to church.

Fletcher was born on September 14, 1973 and grew up in St Louis Missouri. Terrell was into football since his young age. He went to Hazelwood East High School and graduated in 1991. He has a younger brother Bryan Fletcher who is a former Indianapolis Colt tight end.

Further he went to attain University of Wisconsin-Madison and earned a degree in English Literature in 1998. He graduated with a degree in Religious Studies from Southern California Seminary.

Similarly he holds a Doctorate of Transnational Leadership from Bakke Graduate University in 2018.

In 1994, he played for the Wisconsin Badgers Rose Bowl Campions. Fletcher started his professional career in 1995 NFL Draft by the San Diego Chargers.

Fletcher led the Chargers in rushing 384 yards on 116 carries in the year 2000. He retired in 2002 from the game. After his retirement, Fletcher is serves as a priest of the City of Hope International Church in San Diego, California.

How is Terrell Fletcher's personal life? How many children does he have?

Fletcher was married to his long tome girlfriend Sheree Zampino. They tied the knot in 2010.

From their marriage, the couple has a daughter named Jodie. However, the husband wife broke-up soon.

Terrell is currently married to Kavalya Fletcher. The couple is living a happy and prosperous life in San Diego.

Terrell Fletcher as an author

Fletcher's highly acclaimed book "The Book Of You" was released in 2016. He states about his transition from losing everything to knowing the path about the biblical and the life principal of allowing the discovery of the lives.

He shared his transformation in many parts of the world including Cote d' Vore , Belize, Nigeria and Uganda.

Have a glance over  Alex Niedbalski Bio, Marriage, Net worth

Fletcher was involved with the San Diego County Adoption where he frequently made meals for the homeless.

What is Terrell Fletcher's Net worth?

Terrell Fletcher's current a net worth of over $6 million, as of 2019. Other than being a famous athlete, he is also a speaker as well as an author.

He earns a good amount through his speeches. Similarly his book has also garnered good viewers.

How is Terrell Fletcher's Social Life

Similarly, he lives a prosperous lifestyle, while not at work, he likes spending time going for a vacation with his wife.