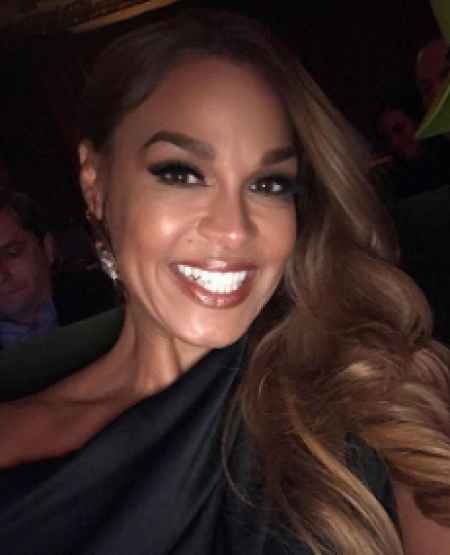 Sheree Elizabeth Zampino is an American entrepreneur, fashion designer, and actress who rose to after marrying renowned actor Will Smith. She owns a website which deals with fashion and accessories. Also, she is known for appearing as the lady star on VH1’s reality series Hollywood Exes.

Sheree was born to Les Zampino (father) and Pam Zampino (mother) on November 16, 1967, in Schenectady, New York. As per birth, she falls under zodiac sign Scorpio and holds an American nationality. Sheree's father was employed in a theater whereas her mother worked as a staff in a finance company. She had to go through a tough phase when her parents got a divorce. She moved along with her father after the divorce.

Who is Sheree Elizabeth Zampino?

Sheree is a fashionista who was involved in fashion from a tender age. She was already into clothing, jewelry and used to design dresses in her early days.

The star is also a reality star, she was a member of the reality TV show Hollywood Exes. Moreover, she has also been featured in talk shows such as Minay TV and 2013 Do Something Award. Zampino has portrayed herself as an actress since 2001.

Sheree was previously married to actor and producer Will Smith. She met Smith while he was filming for Fresh Prince of Bel Air.

Both of them dated for quite a long time and tied the knot in the year 1992. Sheree even came along with her husband for the red carpet.

But, as they say, soulmates are made in heaven, they started having altercations. In 1995, after being together for three years, the couple filed for a divorce.

The couple even has a son named Trey Smith from their marriage. He was born on November 11, 1992.

Zampino further lived a lonely life until she met her love Terrell Fletcher who is a former American football player in the National Football League. Their love life started making a headline and eventually, the couple exchanged their wedding vows on May 26, 2007.

The married duo had a beautiful daughter Jodie Fletcher. However, their marriage also started falling apart and further going for a divorce.

Currently, she is single and raising her children as a single mother. She is also in good relation with her former husband Will Smith and his wife Jada Pinkett Smith. They still have an intimate relation with each other. One of Will's complements includes;

Her reply was rather affectionate;

“Awwwwwwwww…thank you baby daddy!!!!! I love you back! And thank you @treysmith0011 for beng the reason we came together. And to @jadapinkettsmith for being an understanding, secure, and absolutely AMAZING wife, mother, Bonus-mom, and co-parenting partner! (sic)”

What is Sheree Zampino's Net worth?

Sheree has stashed a huge fortune from her acting career, moreover, she has an estimated net worth of over $6 million. She is supposedly earning a good income via her fashion website. Similarly, her annual income from her reality show collects an income of over $1 million. This brings her in line to the richest celebrities' ex-wives.

Additionally, Zampino is also involved in charitable trusts. She and her husband donated $1.2 million to a school as a part of their funding. They actively took part in the 2008 presidential election supporting the former President Barrack Obama by donating $4.6 million.

For more celebrity bio and article, stay on marriedceleb.