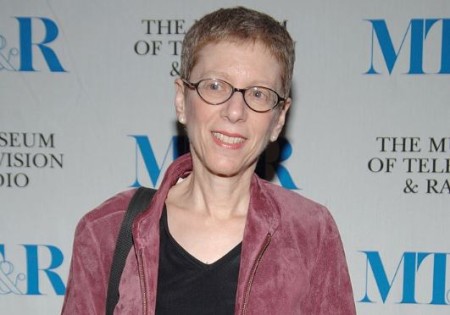 People mostly chose big and small screens to gain popularity. But some people chose to remain low-key and yet they become famous. Terry Gross is a renowned name in the radio industry. She is the host and co-executive producer of an interview-based radio show called Fresh Air. Since her career at NPR, Gross has interviewed over 10,000 guests.

Terry was born on February 14, 1951, in Brooklyn, New York City, the United States. She is 69 years old as of 2020. She is the second child born to parents, Anne (mother) and Irving Gross (father). Her mother was a stenographer, while her father worked in a family millinery business. Terry belongs to Jewish heritage, and she graduated with Masters in communications from the University of Buffalo.

The 4 feet 11 inches tall, Terry has been married to journalist, Francis Davis since 1994. Her husband (73) is best known for working as the jazz critic for The Village Voice, a news and culture paper that now no longer exists. Gross and Davis began dating in 1978 but tied their wedding knot 16 years later. They first met at a Penn record shop in Philadelphia in the late 1970s.

Francis is an author as well who previously was a contributing editor for The Atlantic Monthly. Additionally, he was the recipient of the Pew Fellowships in the Arts in 1994. Likewise, he has received prestigious awards such as Guggenheim Fellowship and ASCAP-Deems Taylor Award.

Although Terry and her spouse have been married for 26 years, the couple doesn't share any children. Gross once stated that the decision of not having kids throughout their marriage was mutual.

Do you know Francis is Terry's second husband? Previously, she was married to her high-school sweetheart in the late 1960s. She got divorced from her first husband in 1973.

One of the reputed radio host personalities, Terry Gross, has a net worth of $15 million as of 2020. She has been active since 1973 for nearly 50 years in the radio industry. She is the host of Fresh Air, and her annual salary at NPR is $335,000. During the early 2010s, Gross' salary was around $220,000. For your information, some of the well-known media personalities such as Ryan Seacrest and Glenn Beck has a huge fortune.

Apart from being the host, Gross is also an author of a book called All I Did Was Ask. As of now, Gross enjoys her lavish income and wealth. There is not much information about her husband's net worth. However, Francis' fortune might not be in millions of dollars.

Throughout her career, Gross has earned praise globally for her interview style. In 1994, she won a Peabody Award for her show, Fresh Air. In 2003, Gross received the Edward R. Murrow Award for her contributions to public radio.

The National Book Foundation awarded Gross with the Literarian Award at the 2007 National Book Awards Ceremony for her service to the American literary community.

Likewise, in 2010 she became the 4th recipient of the Modern Language Association’s Phyllis Franklin Award for Public Advocacy of the Humanities. Further, then president, Barack Obama awarded Gross with a National Humanities Medal in 2016.