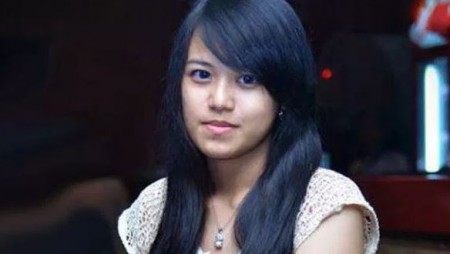 Facts of The Sacred Riana

Body and Relation Status of The Sacred Riana

Who is The Sacred Riana?

How big fan are you of the popular television show, America's Got Talent? Well, you must have seen a lot of amazing acts which garnered praise from audiences and judges. The show features skilled performers from singers to dancers, gymnast to illusionist, magician to artist. And today we are going to talk about The Sacred Riana, an Indonesian magician and illusionist, who is known for her bizarre acts. She is the winner of the 2017 Asia's Got Talent.

The remarkable magician bagged the second position on the Trans7 reality show, The Next mentalist in 2014. Besides, she also took part in 2018 America's Got Talent. Jon Dorenbos is another famous magician who secured third place in the grand finale of 11th season of America's Got Talent. Meanwhile, Grace VanderWaal a singer was the winner.

The Sacred Riana's birth-name is Marie Antoinette Riana Graharani and she was born on July 13, 1992, in Jakarta, Indonesia. As of 2019, she is 27 years old and her birth sign is Cancer. She is an Indonesian by nationality and her ethnicity is Asian. Riana has one younger sibling. Her father was also a magician and she followed her father footsteps. She attended St. Ursula Catholic School and graduated from the University of Bunda Mulia.

Riana rose to fame after joining the magician talent search show The Next mentalist. Likewise, she won the second season of Asia's Got Talent in 2017, beating the Filipino hip-hop dance group DM-X Comvalenoz. Further, in 2018, Riana joined the 13th season of America's Got Talent, but she got eliminated in the quarterfinals.

Riana has a distinctive appearance with a unique characteristics and always appears with long and loose hair that covers most of her face. Her act is a reference to Sadako in the Japanese horror classic, The Ring, with a similarity to her long hair falling on front of her face, while hor doll refers to Annabelle from The Conjuring film.

Who is The Sacred Riana's Boyfriend?

The 27-year-old, Riana is currently single and is possibly unmarried. To date, she hasn't revealed her romantic affairs and relationship. Besides, there are no record about her past and current romantic affairs. Therefore, we assume that she will find a suitable partner in the near future.

Although she is active on social media, Riana hasn't posted a single picture with a man whom we can assume her boyfriend. She seems to be focused on her professional career rather than being in a relationship.

The Sacred Riana's Net Worth

As of 2019, The Sacred Riana has a net worth of $1 million. She has appeared on several television shows and joined several talent search shows. She was the winner of Asia's Got Talent and the second Indonesian to enter America's Got Talent show. Anna Silva, a dancer also gained similar height of fame.

Throughout her career as an illusionist and magician, Riana has amassed a good amount of money. Further, the Indonesian sensation won a hefty prize sum of $100,000 after winning the hit reality Tv series, Asia Got Talent in 2017.

Apart from her professional magic career, Riana has also appeared in the 2019 movie, The Sacred Riana: Beginning. Hence, her earnings and salary will increase even more.