Home news This Is Us Actor Chris Sullivan is Set to Become a New Dad! Expecting First Baby with His Wife Rachel 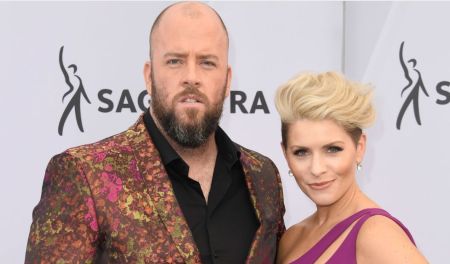 The Primetime Emmy Award-nominated actor, Chris Sullivan is now becoming a father this year. On 24th January 2020, he shared a sonogram picture of his baby and revealed that he and his wife, Rachel Sullivan are expecting their first child.

On Friday, Chris disclosed the gender of his unborn child with 9 additional phallic-shaped clues for their fans to guess what the baby's gender is? Typically, the gender of their family's youngest member is male.

More to this, Sullivan put some glimpse on his Instagram post, where he said, "We're having our first baby! and we just found out the sex." He further wrote, "Swipe through for the gender reveal!" tagging his wife, Rachel, at last.

Following Chris' surprise on Instagram, Rachel also posted an ultrasound picture of her unborn child on the 25th day of January 2020. She gives amazing news for their fans in the caption, saying, "It's True!!! You heard it from Sullivan, and we are having a Boy!!!" So excited!!!."

Sullivan then put some glimpse telling, "Nursery is in the works, names are being workshopped, doulas are being interviewed, naps are my go-to self-care bc I'm just so, so much to do and yet to so much not to do, just enjoying the moment..life is good!" At the end of her caption, she hashtagged gratitude, pregnancy, naptime, and immense love.

In the married pair's surprising Instagram posts, some of their blood relatives and numerous co-stars of Chris from This Is Us gave them congratulations to be good parents in the future for their son. Their close friend, Susan Kelechi Watson wrote a comment with many heart emojis on the message. Meanwhile, Eris Baker gives them congratulations and excited to be an uncle for their child.

Similar to Sullivan's family, Jesse Tyler Ferguson and Justin Mikita are also waiting to welcome their first child in June 2020.