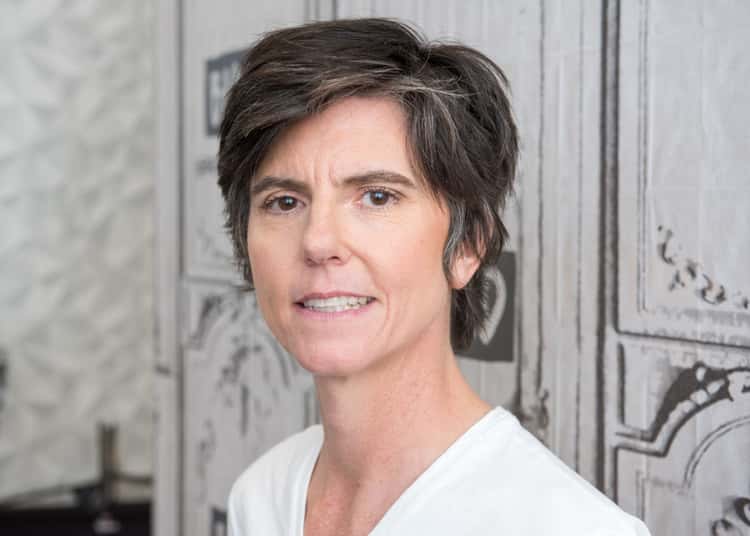 TigMathilde O' Callaghan Notaro, aka Tig Notaro, is a prominent American stand-up comedian, writer as well as an actress. She gathered media attention after her deadpan comedy. She achieved further success when her album Live was nominated in 2014 for the Grammy Award for Best Comedy Album at 56th Annual Grammy Awards.

The well-known stand-up comedian, Tig was born on 24 March 1971 in Jackson, Mississippi, the USA, under the birth sign, Aries. Similarly, she belongs to white ethnicity and holds an American nationality. Keep reading the article until the end and know about her personal life.

Tig Notaro Married To Her Girlfriend!

Tig is a lesbian by sexuality, and is currently married to her girlfriend, Stephanie Allynne. She is a well-known actress, writer, and comedian, known for her roles in In a World and Dream Corp LLC, and One Mississippi. The two exchanged their wedding vows on 24 October 2015.

The duo conducted their marital ceremony in their hometown of Pass Christian, Mississippi, in an intimate ceremony with the presence of well-known artists such as Sarah Silverman, Brittany Bristow and Alicia Silverstone. She met Stephanie on the set of the movie, In A World back in 2013. After dating two years, they were engaged on 1 January 2015.

It has been four years of their marital relationship, and the two are living a happy married life without divorce rumors and controversies.

Following their twin sons birth, Ellen DeGeneres who wished them with a cute message,

"Congrats to my friend @TigNotaro and her wife @StephAllynne, who are the parents of twins!" the daytime television host tweeted. "Hello, twins. Goodbye, sleeping through the night."

As of now, the two are parenting their three years old kids well.

Net Worth Of Tig Notaro

Besides comedy, she is also a writer, singer and actress and surely earning well from these professions. Not to mention, her critically acclaimed comedy album Live was nominated for the 2014 Grammy Award for Best Comedy Album.

Apart from her earnings, her spouse, Stephanie's fortune is around $1.5 Million as of 2020. Not to mention, she earned all of this money from her career as a successful actress. Without a doubt, the lesbian pair must be living a lavish lifestyle with all of their earnings.

Survived Through Hardships And Heart-break

The 48 years old comedian, Tig, has survived through the hardest moment of her life. Tig lost her mother, gone through a serious break-up, and mostly, she is the survivor of breast cancer. She was diagnosed with cancer in both breasts on 30 July 2012.

She went through a double mastectomy with no reconstructive surgery and continued treatment with hormone-blocking. Then after, she successfully ended her show in Philadelphia and hospitalized. During her days in the hospital, she went through several surgeries, including for a cyst.

After her recovery, she took part in the New York Comedy Festival and performed there topless, showing her scars to the audience. The New York Times described it as powerful, inspiring, and dare.