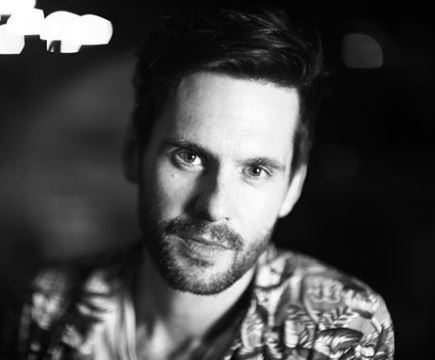 Tom Riley is an English director, producer, and actor. He made his Broadway debut in 2011 in the revival of Tom Stoppard's Arcadia. He has been starred in many movies and TV Series during his career. Currently, he is focused on his upcoming science-fiction drama television series The Nevers as Augustus 'Augie' Bidlow.

Tom was born on the 5th of April, 1981, in Maidstone, Kent, England. He gets graduated from the University of Brimingham in Birmingham, England in 2002 and the London Academy of Music and Dramatic Art in 2005. From where his acting passion grew more and more stronger. He is best known for playing Leonardo da Vinci in Da Vinci's Demons.

Tom and Lizzy's way crossed back in January 2015 while Lizzy was filming in London. Within a first met they became so close that they started dating each other. Their relationship first popped out after the couple first stepped out on the red carpet together at the Prague Opera Ball in February 2016.

Tom proposed Lizzy in May 2016, she then gave fans an up-close look at her romantic, vintage-inspired solitaire on a gold band, at the Ghostbusters premiere in July. The paired finally shared wedding vows in September 2017, where their friends and family were seen there as a newlyweds couple's guest.

The pair are now married for more than two years and are still very deep in love with each other and often seen traveling around the world together in their vacation.

Lizzy is one of the great public figure. She is an American model and actress by profession and has appeared in numerous TV series and movies. She was born on June 30, 1982 in Los Angeles, California.

At an early age, she used to play the piano and participated in the drama program. Her first role was on the television series Freaks and Geeks. Later she received wider fame with her roles in the films Mean Girls and Cloverfield which lead her to get a nomination for the Saturn Award for Best Supporting Actress. Stars like Mae Annable and Tina Fey also starred in Cloverfield and Mean Girls alongside with Lizzy.

She was previously engaged with her six years long partner Matthew Perry. Currently, she is busy in her upcoming projects.

Net worth of Tom Riley

Tom Riley has an estimated net worth of $5 Million; however, it hasn't been officially confirmed yet. But it is sure that his total fortune is in very number. Being a talented actress and producer, he surely has gathered a good amount of remuneration to his account.

Furthermore, he has contributed his skill and arts to many movies, TV series, and stage from which he is paid a good amount of paycheck without a doubt. As for now, his annual remuneration is more than $500,000.

Lizzy has a total fortune of $4 Million. She has gathered all of her net worth through her hard-work and dedication towards her task. Though her mother died when she was 13 years old, she has managed her to become one of the complete actress in the industry.

As for now, the talented actress is earning more than $600,000 annually by engaging in various TV series and movies. Take a look at her starred movies box office collection.

Her hardworking nature has led her to appear in various movies and TV series; all of them are massive hits. Her starred movie Now You See Me 2 was a massive hit worldwide. It grossed over $334.9 Million worldwide under the budget of $71.4 Million.

Another starred movie Allied hit the box office collection of $119.5 Million under the production budget of $85-113 Million. From which she surely has gathered a hefty paycheck without a doubt. Additionally, she is a active user of Instagram, where she has a fan following of around 64.1K. Currently, she is busy in her upcoming projects and living a very lavish lifestyle alongside her husband.

It is well confirmed that Tom and his wife doesn't share any children from their nuptial relationship. Having said that on 6th November, 2018, he uploaded his wife photo in his officially Instagram account which looks like she was pregnant.