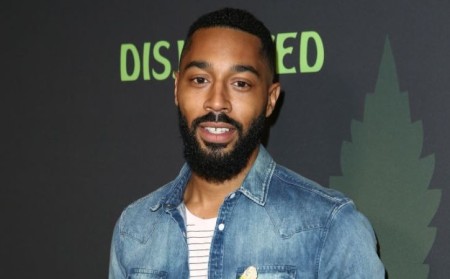 Tone Bell is an American stand-up comedian, actor, and producer who first rose to fame after winning the NBC's Stand Up For Diversity Talent Search in 2012. Bell has appeared in lead roles in several television shows like Whitney, Bad Judge, The Flash, Disjointed, Fam, etc. among others. Likewise, he has appeared in movies such as Dog Days, Little, Sylvie's Love, etc.

Michael Anthony Bell II was born on August 10, 1983, in Georgia, the United States. Not much is known about his family background. Also, the detail information about his educational history is under the shadow. He is a renowned name in the stand-up industry. Therefore, let's know some of the lesser-known facts about Tone Bell.

The 37-year-old, Tone Bell is possibly single as of now. When it comes to his personal life, Bell is a secretive man. He hasn't revealed his relationship status and hasn't been linked with any woman. Looking at his social media accounts, Tone likes to spend much time with his families and friends. However, he hasn't mentioned nor identified any possible girlfriend or wife.

Tone might have been in a few romantic affairs before, but the details are behind the curtain. He is probably focused on expanding his television and movie career. Therefore, at present, the Fam actor is enjoying his singlehood. In the future, he might tie his knot with the right partner. He has a dog named Oliver.

There is no exact information regarding Tone Bell's net worth. Although he began his career in 2004 doing small jobs, Bell first gained wide recognition after winning the NBC Stand Up For Diversity Talent Search in 2012. Since then he has been doing his own shows and working in films and television. Further, Tone might have an estimated net worth of $700,000 as of 2020.

The major source of Tone Bell comes from his acting and stand-up shows. The average salary for actors ranges somewhere between $38,000-$127,432. Meanwhile, Bell might earn over $100,000 for starring in movies. However, he has yet to make a breakthrough in Hollywood.

In 2019, Bell appeared in a fantasy comedy film titled, Little. The movie collected $49 million at the Box-Office against the production budget of $20 million. Besides making a good sum of money, the American Soul actor is also involved in charitable works.

After winning NBC's talent search, Bell was awarded a development deal. Hence, he portrayed the lead character of RJ in NBC's sitcom, Whitney. From 2014-2015, he played the main role of Tedward Mulray on NBC's legal sitcom, Bad Judge, where Miguel Sandoval and Angela Kinsey also appeared.

From 2017-2018, Tone was among the main cast of Netflix's comedy series, Disjointed. In 2019, Bell appeared as Nick on CBS' sitcom, Fam alongside Nina Dobrev and Odessa Adlon among others.