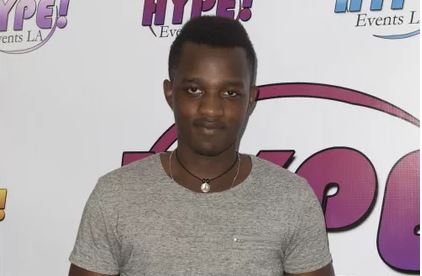 British Actor, Trezzo Mahoro is among them who is able to gather massive fans at the very early age of life in the TV industry. Likewise, he is known for portraying multiple roles like Ralphie on SyFy's The Magicians (2015), as Darius Wilson on The CW's iZombie (2015), and Mohamad on SyFy's Van Helsing (2016).

The TV star was born on July 18, 1996, in Rwanda as Oliver Mahoro Smith. Now living with her single mother in Vancouver, British Columbia, Trezzo started acting at the Templeton Secondary School during his final year of high school. So far, he holds Rwandan citizenship whereas ethnicity is not known.

Who is Trezzo Mahoro Dating ?

Actually, there are many celebrities using social media to flaunt their love life. But Trezzo Mahoro, now 23, is one of those celebrities who chose to keep his personal life as private as possible. So, there are no records that Trezzo has a girlfriend, it might be safe for now to say he's relationship status is single.

However, the 5 feet 7 inches tall actor does not hesitate to offer a peek on the media account of his friendship. He also posts different photos with his co-stars according to his Instagram profile but he remained silent when it comes to opening up about his future love life.

Trezzo Mahoro is famous for depicting the role of a gay character Lucas in the teen romance film "To All The Boys I've Loved Before." He is one of the boys in the film directed by Susan Johnson who receives Lara Jean's letter of confession, played by Lana Condor.

But the co-stars' Trezzo and Lana are very good friends when it comes to real-life matters. Trezzo occasionally shows his friendship with "To All The Boys I've Loved Before" cast members by sharing photos with them on Instagram.

For the first time, the young Star, Mahoro earned leading roles of Mohamad in the American-Canadian television show, Van Helsing on September 23, 2016. The dark horror fantasy drama show based on the graphic novel series of the Zenescope Film, Helsing.

Trezzo depicted Mohamad's character, a happy man amid all the evil in the world, with a recurring role in the 1st and 2nd season. He also continued to play the same role with the stars including Jonathan Scarfe, Christopher Heyerdahl, Rukiya Bernard in 22 episodes of the show.

Asides the show, he has presented outstanding performances in the movie To All the Boys I've Loved Before 2 (2020) alongside Noah Centioneo, Jorsan Fisher, Anna Cathcart and among others.

How Much Net Worth Trezzo Mahoro Possesses?

Trezzo Mahoro is a Rwanda television and film actor who garnered an impressive fortune from his various roles in the entertainment industry. So as of early 2020, he enjoys an estimated net worth of $500,000, which is similar to an actor, Rob Heaps and actress, Kelly Lintz.

Nevertheless, all of Mahoro's acting awards will certainly have a hand in adding his assets. More to that, he's currently earning $8,000 -10,000 per episode as a salary for his various roles.

Furthermore, he is also a good dancer so he could make extra nice amount. Thus, as of now, he is must be living a lavish lifestyle in a luxurious way alongside his family.

For more Biographies and Gossips on Celebrity Divorce, visit marriedceleb