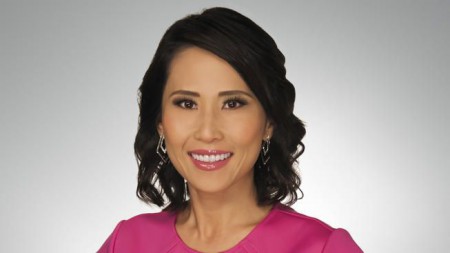 Vicky Nguyen is a national Emmy award-winning reporter who is working as an investigative and consumer correspondent for NBC News based in New York. The senior investigative reporter previously worked at NBC Bay Area, KNTV, from 2007 until April 2019.

Nguyen is known for anchoring on Sunday evening editions of "NBC Bay Area News" and for her in-depth investigative reports. Recently, in 2019, she was awarded the 2019 Alfred I. duPond-Columbia Award. She is a married woman and has three children.

The 40-year-old Vietnamese-American reporter is a married woman and is living happily with her longtime boyfriend-turned-husband. In an article for woman's magazine, Vicky revealed that she met her husband at the age of 14. They began dating at 16, but the exact date and time of their wedding is unavailable.

Vicky and her spouse might be high school sweethearts. The couple resides in New York as Nguyen was offered a job there. Based on her statement, it seems Vicky, and her mystery man have been together for nearly 25 years. She often praises her partner for his steadiness and supportive nature.

On her social media accounts, Vicky has shared some of the pictures with her husband. They can be seen traveling to fun places and enjoying the time with their kids. Unfortunately, the name and profession of her husband is a topic for gossip.

Vicky and her spouse share three lovely daughters. Their third child named Renley was born in July 2016. However, the couple hasn't revealed any details about their other two daughters.

On her social media, Vicky posts several pictures of her daughters. On October 13, 2019, she shared a picture that showed her riding a bike with daughters in New York's Central Park area.

How much is Vicky Nguyen's Net Worth?

The multiple award-winning investigative reporter, Vicky Nguyen, has a net worth of $1 million as of 2019. The primary source of Nguyen's income comes from her long journalism career. Also, Vicky has been working in the media industry for almost two decades.

Vicky began her career with the NBC Bay Area in 2007 as a freelance reporter. Shortly, she became a special assignment reporter for KNTV. She won a national Emmy award for investigating and exposing Sysco Corporation's widespread practice of storing decomposable food in unrefrigerated outdoor public storage sheds.

Vicky once said that it was a salary negotiation in 2015 that felt like an out-of-body experience for her. Nguyen said asking for the raise was a major Know Your Value moment in her life.

"I stuck to the facts of what I’d done; it wasn’t ego and it wasn’t emotion. It was like, ‘I did this, and this and this … I deserve that raise.'

Before NBC Bay, Vicky worked at various tv stations in Florida, Nevada, and Arizona. She has over two decades of working experience in the journalism field.

To know about your favorite media personality, follow marriedceleb.