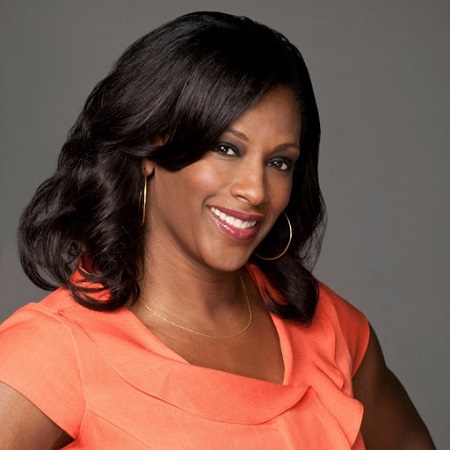 Vivian Brown is an American television veteran meteorologist who is a well-known media personality in the broadcasting field. However, she is best known for working for The Weather Channel form 1986 to 2015. Recently, she co-hosted the Weather Center Live from noon to 3 pm on weekdays at TWC. Now, she works at Atlanta news and weather channel, CBS46.

She was born in Greenville, Mississippi, the United States as Vivian Louise Brown. However, her exact birth date is yet to disclose to the media. At the age of 10, she moved to Jackson, Mississippi with her family. So far, she holds American citizenship and belongs to the African-American ethnicity. Regarding her education, she studied at Jackson State University with a degree in Meteorology in 1986.

Nevertheless, Brown has successfully kept her wedding details away from the limelight. So we can say that she has been very discreet when comes to reveal about her personal life. Further to that, she has never listed the name or marriage date of her partner on social sites or in any form of an interview until now.

Further, Vivian, the veteran anchorwoman, is a mother of three children. But still, her kid's name is not known to any social media platforms. As of now, she is enjoying her time with her family members. Along with this, she loves to play tennis and reading books.

The Impressive Net Worth of Vivian Brown

Vivian has managed to make a good amount of fortune for herself from her flourishing career as a meteorologist. As of early 2020, she has an estimated net worth of $500,000, which she has earned throughout her two decades of anchoring career. Nicholas Confessore is a political correspondent who enjoys $2 million worth.

Moreover, Brown reportedly paid off the salary of about $55,859 while working at the Weather Channel as a meteorologist. Now, the reporter working in the cbs46 channel since 2017. As per some sources, the news anchor with 5-9 years of experience earns an average total compensation of $72,500 in a year.

Well, Brown works at cbs46 for two years as an on-camera meteorologist. Thus, now looking at her experience, her wage is valued to be more than $60,500 per annum. Now, she lives a lavish lifestyle with such a heavy income.

‎The 5 feet 11 inches tall Brown initially started working at The Weather Channel as a co-host in 1986 following her graduation. But she left the channel on 1 September 2015 during her final broadcast after working there for 29 years.

Before that, Vivian was previously worked at Day Planner as a co-host until it was canceled in 2013. In 2016, she joined the CBS-affiliated television station WGCL-TV, which is located in Atlanta, Georgia, United States.

To know more about your favorite meteorologist, please follow Marriedceleb !!!!