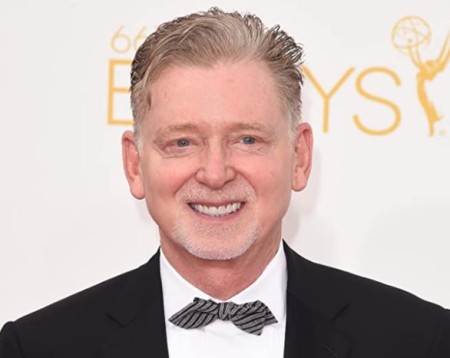 Warren Littlefield is an American television executive best known for developing several successful television shows throughout the 90s. He was the president of NBC Entertainment and created shows such as Seinfeld, The Fresh Prince of Bel-Air, Law & Order, Will & Grace, The West Wing, and many more. Warren also produced television series such as My Generation, Fargo, and The Handmaid's Tale.

Warren was born on May 11, 1952, in Montclair, New Jersey, the United States. He is 68 years old as of 2020. He attended Montclair High School and later earned a B.A in Psychology from Hobart and William Smith Colleges.

Who is Warren Littlefield's Wife?

Although Warren is involved in the entertainment industry, he rarely reveals anything about his personal life. Littlefield and his son, Graham, work together for their The Lifflefield Company creating tv shows.

Moreover, Warren sometimes makes public appearances with his family. He, along with wife, Theresa, and their daughter, Emily Littlefield, attended the premiere of Hulu's Reprisal Season One at ArcLight Cinemas on December 5, 2019, in California. Like Warren, the late NBC president, Brandon Tartikoff, also had a happy married life. He was the president of NBC from 1980-1991.

Warren Littlefield has a net worth of $25 million as per celebrity net worth. He is considered as one of the most sucessful TV executives in the industry. In November 2018, he signed an exclusive pod deal with Fox 21 Television Studios and 20th Century Fox Tv. As per the contract, he will develop projects for broadcast, cable, and streaming platforms through The Littlefield Company.

In addition to The Handmaid's Tale, Littlefield is an executive producer of FX's Fargo and the Hulu pilot Reprisal. Warren owns a production firm called The Littlefield Company. While he was the president of NBC Entertainment, Littlefield presented a number of hit shows. At present, the annual income for the president is over $300,000. Warren must have bagged millions of dollars during his tenure.

We all know what a hit show, Seinfeld was, and Jerry Seinfeld, who was the creator/writer of the show alone, has a net worth of $950 million. George Shapiro, who worked as a producer for the show, holds a net worth of $50 million.

Warren has been active in the entertainment industry since 1979. Under the supervision of Brandon Tartikoff, he developed shows like Cheers, The Cosby Show, and The Golden Girls as executive vice president of NBC Entertainment.

In 2012, Warren co-published a book, called, 'Top of the Rock: Inside the Rise and Fall of Must See TV.' The book details his time at NBC. After leaving the network, he produced TV series such as My Generation, Fargo, and The Handmaid's Tale. Warren himself has appeared as a guest in a few tv shows.