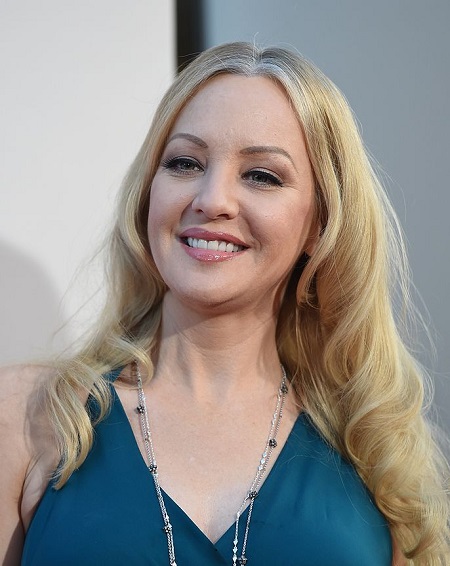 Wendi McLendon-Covey is an American actress and comedian who came to highlight after a breakout appearance in Oscar-nominated comedy film Bridesmaids in 2011. Currently, she is playing the character of Beverly Goldberg on the ABC comedy series, The Goldbergs from 2013 to present.

She was born on October 10, 1969, in Bellflower, California, the United States as Wendi Anne McLendon-Covey. She is the daughter of the former delivery driver for Coca-Cola, David Robert McLendon, and Carolyn McLendon, an accountant. Further, she has a younger sister Shelley McLendon, an actress. As per her citizenship, she is American and belongs to the white ethnicity.

So far, Wendi studied at DeMille Junior High and graduated from Millikan High School. Then she went to study Long Beach City College and Golden West College. And she finished her graduation from California State University, Long Beach with a B.A. in Liberal Studies and Creative Writing.

Who Is American Actress, Wendi Married?

A native of Long Beach, California, McLendon-Covey weds film producer, Greg Covey. Now, the couple has been enjoying their married life for 24 years but they still manage to sound like a newlyweds duo when talking about each other.

Aged 50, Wendi and her husband, Greg tied the knot on 10 August 1996 in an intimate ceremony in front of their loved ones. Since then, he has been there and the only one who always encourages her all the time. She stated.

"So that meant the world to me because sometimes you only need one person to encourage you, but it has to be the right person".

They met each other first while studying at community college in LA. And soon the duo actually started dating. Also, she has just arrived in showbiz at that time so her parents were not supportive of her career. So it was a tough journey for Covey but her husband, Greg managed to inspire until she made it big.

Recently in 2020, Mrs. and Mr. Covey have celebrated their 14 years of the wedding anniversary. From their conjugality, they don't have children of their own.

Since beginning his career in 2001, Wendi has successfully received a huge amount of fortune herself. As of early 2020, she has an impressive net worth of $5 Million. She has made her total fortune throughout her acting work in various comedic and improvisational roles.

But, McLendon-Coveys' financial success came when she joined the ABC TV series, The Goldbergs in 2013. So for her main role, Beverly Goldberg, she is making the salary in the range between $20,000 to $25,000 per episode. The shows other cast members include Jeff Garlin, Sean Giambrone, Troy Gentile, Hayley Orrantia, and George Segal.

Not only this but Wendi collects $15,000 to $20,000 per episode on various cable and network shows. Further, her starred film Bridesmaids has grossed over $288 million worldwide. Her next film Magic Mike made $167.2 million, where actor, Channing Tatum also acted.

Her first film appearance was in the short film Henry and Marvin where she played the role of Judy in 2011. But she got her big break by starring in Annie Mumolo and Kristen Wiig's film Bridesmaids in 2011.

Further, Wendy has made appearances on various hits films such as Bewitched, Magic Mike, Blended, Think Like a Man Too, Goosebumps 2: Haunted Halloween, What Men Want, and among others. Likewise, she got her big break playing Deputy Clementine Johnson in Comedy Central's Reno 911! in 2003.

Her TV series credits include Lovespring International, TV Land's Hot in Cleveland, Rules of Engagement, I Hate My Teenage Daughter, Modern Family, and among others. Moreover, she has played a voice role in television series like Bob's Burgers, The Looney Tunes Show, American Dad!, Big City Greens, and Crossing Swords.