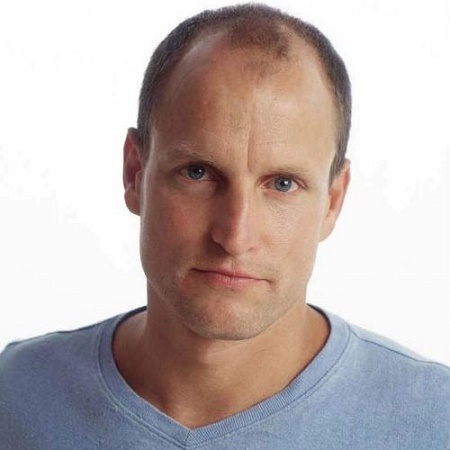 Woody Harrelson is an American actor and playwright who gained huge fame after starring in NBC classic show, "Cheers" as bartender Woody Boyd from 1985–1993. Added to that, he is also known for his role as Marty Hart in HBO crime anthology series True Detective.

Woodrow Tracy Harrelson was born on born July 23, 1961, in Midland, Texas to convicted hitman Charles Voyde and secretary Diane. Further, he has two brothers named Jordan and Brett. Likewise, his dad Charles, who died on 15 March 2007, was jailed for a lifetime for the murder of Federal Judge John H. Wood Jr. in 1979.

Who is Woody Harrelson Current Wife?

She is none other than former assistant Laura Louie. She co-owned their Los Angeles-based health-food restaurant and oxygen bar,02. The 58 years old handsome actor and his long term girlfriend Louie tied the wedding knot on December 28, 2008, on the island of Maui Monday.

Their marriage function was attended by family and friends including Milk's actor Sean Penn and Marley & Me's Owen Wilson. The married duo had their first interaction in 1987 when Laura was an entrepreneur working as Woody's personal assistant.

Thus, they dated reportdely 21 years before making it official. He was a widely known playboy before he started dating Louie. But happily, that period of his life seems like a long lost tale all thanks to his loving wife. As of now, the two have been happily married for over one decade and have been together for three decades.

His First Marriage Was With Nancy Simon

Nevertheless, his marital life with Laura is second. As Harrelson, who own an Oscar nomination for his show in "The People vs Larry Flynt", was briefly married to Nancy Simon. She is the daughter of playwright Neil Simon and his wife, Joan Baim.

The lovebirds got hitched in 1985 during a trip to Tijuana, Mexico. They planned to annul the marriage. But they ended their relationship in 1986 after being together for one year. In addition, Woody had an on-screen matchup with actress, Jackie Swanson, now 56 years.

The award-winning actor who is a vegan and his long term partner, Laura are proud parents of three adorable kids. Before their wedding, the duo welcomed their first babu girl Deni Montana Harrelson on February 28, 1993, in Malibu, USA.

And on September 22, 1996, the couple gave birth to their second daughter Zoe Giordano Harrelson, now 23 years. Their youngest daughter is Makani Ravello Harrelson who was arrived in 2006. Today, the whole family resides in Maui, Hawaii together.

The Net Worth of American Actor, Woody Harrelson

Woody Harrelson who made his acting debut in 1985 has accumulated a suitable amount of fortune throughout his over four decades of career. As of early June 2020, he has a staggering net worth of $70 million. He has earned his worth as an actor, businessperson, television producer.

Harrelson is recognized for his movies including White Men Can't Jump, Natural Born Killers, Zombieland, Venom, The Hunger Games. His high box office collection film is The Hunger Games which grossed over $694 million worldwide against the budget of $78 million.

And his upcoming movie is Venom 2 and has a new release date of June 25, 2021, directed by Lorraine Ashbourne's husband, Andy Serkis. 56. According to some online tabloids, Woody earns around $5-6 million for his film's appearances.

Likewise, his roles in Three Billboards Outside Ebbing, The People vs. Larry Flynt, The Messenger, and, Missouri received nominations for the Academy Award.