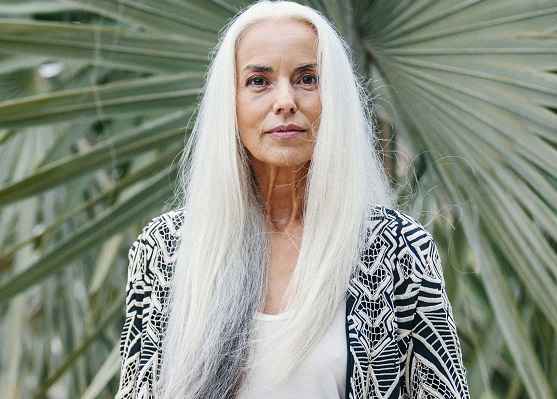 There are thousands of model out there in the world, but Rossi, in particular, stands out from the rest, and it is because of her age. Yasmina Rossi is a fashion model and photographer based in the United States of America.

The 61-year-old model, moreover, was born on 21st December 1955 in a Frech household. She grew up in France but later on moved to New York to pursue her career as a model in her early 30's.

It is a very well known fact that fashion model and photographer Yasmina Rossi has two grandchildren. Regarding her married life, the model is married twice in her lifetime.

At first, she tied the knot with her partner when she was just 17. Rossi gave birth to her son who is now 45, around that time. Three years after that, she became mother again, this time to a girl.

During her 30s, she ended her marital relationship with her first husband. Rossi, however, has not detailed about the reason for the divorce. It was at this time, when she started her modeling career with Ford Modeling Agency.

Ten years later, Yasmina walked down the aisle again. She and her second spouse are very good friends to this day. Nearly after fifteen years of her marriage, she called it quits with her second spouse as well. Apart from that, she told in an interview with The Guardian, that she's involved in many other relationships with men.

As of now, she is enjoying her single life along with her successful professional career. Scrolling through her Instagram, we can see some photos of her with her grandchildren but she rarely posts anything related to her personal life.

Yasmina Rossi Net Worth: What Is Her Salary?

Fashion model Yasmina Rossi has a net worth of around $800,000 to $1 million, which is similar to Hilary Quinlan. Modeling and photography are the major sources of income. Additionally, a model in the United States makes an average salary of $50,373.

The star further has worked with fashion and skincare brands like Diadermine, Marks & Spencer, and much more. The million dollars in her bank accounts is thanks to the salaries she earned by working for these kinds of brands.

Rossi is not like any other model; she is currently 61-year-old with looks comparable to a woman in her early 20's. She has two grandchildren, and regardless of her age, she is taking on the fashion industry by storm.

Unlike other models in the industry, Rossi did not start her career in her teenage years or her 20's. She only started modeling at the age of 30 in her homeland, France. And within a few years, she moved to New York City and signed deals with The Ford Modeling Agency. The unique part of Rossi is her flawless and youthful looks at her age and her signature silver hair.

The model further is very open about her age and her looks, and she has also shared the secret to her beauty numerous times. According to her, her diet and her habit of eating clean is the main secret behind her youthful glow at the age of 61.

For more details on Models, click on Married Celeb!!!