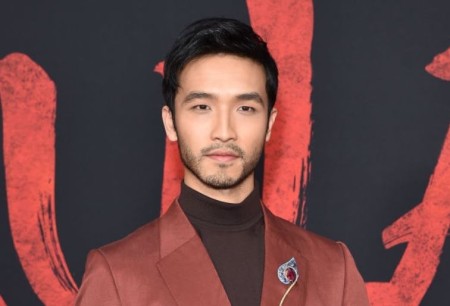 Facts of Yoson An

Body and Relation Status of Yoson An

Recently, Disney premiered its much-awaited action drama movie, Mulan. The film has received praise from fans and critics. And today, we will be talking about the actor, Yoson An, who portrayed Chen Honghui in Mulan.

Yoson An is a famous Macanese-New Zealander filmmaker and actor. He has been active in the industry since 2012.

The 6 feet tall actor has made an image of a handsome man among his female audiences. No doubt, fans are curious to know about his love life. Yoson is currently single, but in the past, he was in a relationship.

The actor once mentioned that he dated his Taiwanese girlfriend. He also said she guided him on mastering Mandarin, which later helped him get jobs. At present, the 28-year-old is focused on his career and might soon marry the right partner.

Claim to Fame with Mulan

The 2020 Mulan film is a live-action adaptation of Disney's 1998 animated film of the same title. One of the biggest changes in the new movie is Mulan's love interest, Chen Honghui.

Watch Yoson talking about his character in Mulan!

In the old animated film, Mulan, played by Liu Yifei, falls in love with her commanding officer, Li Shang. However, this time Honghui replaces Shang's character. Luckily for Yoson, he received love from both viewers and critics.

Why Yoson waited for two years?

While Yoson might have wooed the audiences from his performance in Mulan, but he waited almost two years to star in the film. In an interview, the actor revealed he sent the audition tape for Honghui in 2016 but didn't hear the good news until almost 2018.

Yoson An has an estimated net worth of $500,000 as of 2020. He is an actor and filmmaker who amassed decent wealth from his long professional career.

In 2018, Yoson appeared in a science fiction film, The Meg. The movie, which starred actors like Jason Statham and Li Bingbing, collected $530.2 million at the Box-Office.

Similarly, the 2016 American-Chinese film, Crouching Tiger, Hidden Dragon: Sword of Destiny, made $31 million. Yoson worked as an extra and the casting assistant for the film. In 2018, he wrote, edited, directed, and produced a short film named Between the Parallel.

Could Yoson be Hollywood's next big star?

Yoson moved to Australia after he felt the country had more opportunities for non-white actors. In 2018, he bagged a leading role in the Australian series, Dead Lucky, along with Rachel Griffiths.

After appearing in Mulan, there has been a lot of speculations that Yoson will be active in Hollywood. We just have to wait for how much the actor will achieve.

Yoson An was born on June 23, 1992, in Portuguese Macau. At 7, he moved to Auckland, New Zealand, along with his parents and three younger sisters.

Yoson speaks fluent Cantonese and Mandarin. He studied at Saint Kentigern College. While at school, he studied music and participated in theatre.

He practices kickboxing, ninjutsu, powerlifting, and Olympic weightlifting. Do you know An is a black belt in Karate?