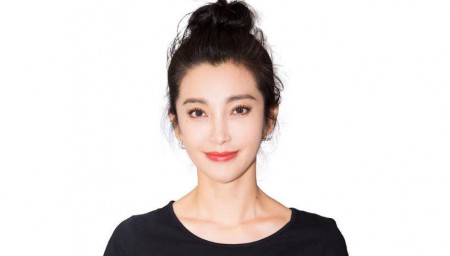 Who is Li Bingbing?

We have heard Hollywood celebrities achieving unbelievable success and fame throughout their career. Similarly, there are people outside of Hollywood industry who have become a global superstar. They are known for their unmatchable acting skills and god given beauty. And, today we are going to talk about one such actress who is very popular for her performance and her angelic face. We are talking about the 46 year old, Li BingBing, Chinese actress and singer.

Li BingBing rose to fame for her role in Seventeen Years (1999) and has received critical acclaim for her roles in A World Without Thieves (2004), Waiting Alone (2005), The Forbidden Kingdom (2008), among others. She has amassed a giant fortune made out of her acting career. Another foreign actress, Kim Tae-hee is a South Korean actress who has a similar professional projection. So, let's know in full details about her personal as well as professional life.

Li BingBing was born on February 27, 1973, in Wuchang, China, under the birth sign of Pisces. The detail about her early life and family background is unavailable. Initially, she had no intention of becoming an actress and enrolled specifically in a high school prospective school teachers. However, after graduating she developed a keen interest in acting and joined the Shanghai Theatre Academy in 1993.

Li rose to fame after starring in 1999 Seventeen Years which won her the Best Actress Award in the Singapore Film Festival. Afterward, she became one of the most famous actresses in China after starring in the TV series Young Justice Bao. In 2008, she co-starred with Jet Li and Jackie Chan in the 2008 blockbuster The Forbidden Kingdom as the White-Haired Witch.

Apart from becoming famous in Chinese film industry, Li BingBing also rose to prominence in Hollywood. She started to gain recognition in Hollywood after starring in Resident Evil: Retribution playing Ada Wong. She became the Asian Star of the Year. She featured in the 2014 Transformers: Age of Extinction. Similarly, she starred with Jason Statham in The Meg, an American-Chinese shark film.

When you are one of the most beautiful actress then it is obvious that people will follow your daily updates. Also, there will be questions raised on your personal life. Well, Actress Li BingBing is also no stranger to fans questioning her relationship status. So, is she married or does she have a boyfriend?

Well, as per records, Li BingBing is currently dating a management level banker Hsu Wen Nan. The couple first met at a party and their romance became public in 2015. Do you know the pair has over over fifteen years of age-gap? However, the couple seems to be enjoying their romantic relationship. Also, it appears that it won't be long to hear the wedding bells ring.

The winner of multiple prestigious awards, actress Li BingBing enjoys a massive net worth of $80 million (USD) as of 2019. BingBing amassed a massive fortune and gained worldwide fame throughout her career. The primary source of her income comes from acting in films and tv shows. Do you know she is one of the highest paid actresses in the World? Also, some of the highest earning actresses are Hilary Duff and Jordyn Taylor.

BingBing also has several brand endorsements from which she earns additional income. To estimate her earnings and salary let's take a look at Li BIngBing's movies collections at the Box-Office.

Apart from having a fruitful professional career, BingBing also owns a few home in United States.

In 2016, she sold a stunning house worth $2.98 million located in Los Angeles. The co-star of Resident Evil and Transformers purchased the house back in 2013 for $2.43 million.

Have a look at marriedceleb, for more celebrity detail.