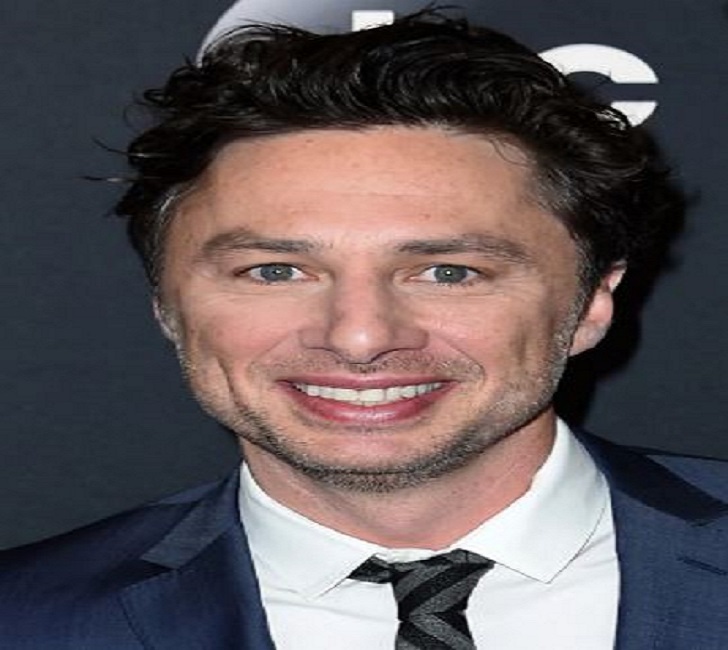 Zach Braff is an American director, actor, producer, and screenwriter. Popularly known for his role as J.D on the television series Scrubs for which he was nominated for Primetime Emmy Award for Outstanding Lead Actor in a Comedy Series and for three Golden Globe Awards.

Zach Braff was born on 6th April 1975 in New Jersey, US. He holds American nationality. Currently, he is residing in Los Angeles, California, U.S.

He was raised in a Jewish family. His father Harold Irwin Braff was a trial attorney and mother, Anne Brodzinsky worked as a clinical psychologist. His brother Adam Braff is a producer and writer while his other brother Joshua Braff is a renowned author. He also has one stepsister who is a New York-based comedian Jessica Kirson.

Zach Braff is still unmarried. The handsome hunk of the Hollywood hasn't met his love life till now. Maybe soon he will get married.

In his career he has been linked with many celebrities We have listed some of them. From 2003-2004 he dated American actress and singer Bonnie Somerville.

They both met on the set of Zach acclaimed film Garden State. He even let her song Winding Road appear on his film's soundtrack. After dating for a year, they parted.

Two and Half years old Relationship

Zach started dating American singer, actress, fashion designer, and songwriter Mandy Moore. The couple dated from 2004 until 2006. They were very close to each other and are seen sharing love in public. Both are seen very deeply in love with each other.

But after dating for two and a half years, they broke up with each other. Now Mandy Moore is married to American Folk-Rock band Dawes frontman Taylor Goldsmith. Even though after their breakup, the pair have confirmed that they are still in touch.

Rumored to dating the different actress

Zach was once romantically linked to Australian actress and model Isabel Lucas. But that rumored passed out like a blink of an eye.

He was briefly linked to American-German actress Kirsten Dunst. Later he was reportedly seen making out with American actress Drew Barrymore in New York City. The pair are seen together at Beauty Bar on Saturday night and were also spotted at Union Square Regal Theaters in Nyc watching Michael Moore's Sicko.

Zach Braff dated Roswell actress Shiri Appleby for a year. Everyone thought that the pair were a perfect match because they both come from traditional Jewish backgrounds.

Having so much thing in similar, the pair split after dating one year. According to an insider, the reason for their breakup was Shiri wasn't interested in a casual relationship while Zach shuddered at the thought of being tied down before 40.

Zach has directed Garden State in 2004's Garden State and also several episodes of Scrubs. In 2014 he released his film Wish I Was Here. He has also directed several music videos, which lead to getting massive success to some of the artists featured on his film soundtracks.

The net worth of Scrubs star

Zach Braff has a net worth of $22 Million. He is known to be one of the successful actor, director, producer, and writer. He was one of the highest-paid actors on television with a salary per episode of $350,000 at the peak of Scrubs.

With that rate, he singly earned $3.85 million for the seventh season of Scrubs. He directed, wrote, and starred Garden State, which made $36 million at the box office under $2.5 million budget.

He also opened up the restaurant Mermaid Oyster Bar in New York City in 2009 with chef and high school friend Laurence Edelman as well as Danny Abrams.

On April 24, April 24, he started a Kickstarter campaign to finance the film Wish I Was Here, which he and his brother Adam Braff wrote. Within three days, the goal of $2,000,000 was reached.