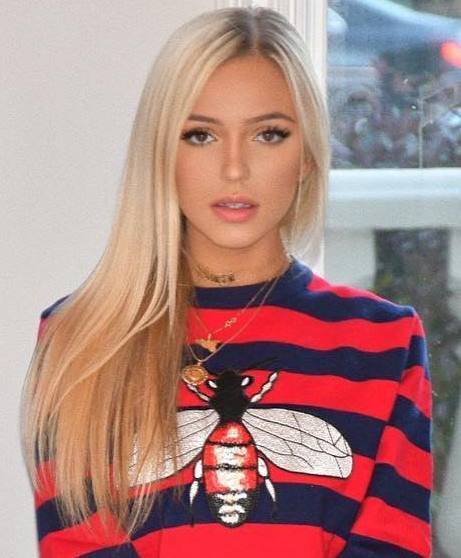 Twenty-two years old, Abby was born on 20th July 1997 in New Orleans. Later she moved to Los Angeles to pursue her modeling career. Before having a tag of model she uses to serve as a cosmetologist in Mandeville, Louisiana.

Is Abby Rao in a Relationship?

The gorgeous Abby's current relationship status is marked as single. It has been now almost two years that she isn't involved in any serious relationship publicly. Maybe the beauty queen is still busy exploring her career rather than involving in any sort of relationship mark.

Furthermore, she loves exploring new places and try new food. She often uploads pictures of her with mates where she is seen traveling various with them. Her other model friend, Daisy Keech accompanies her in almost every picture.

Abby has been in numerous of relationships in the past. But neither of them whereas popular as with RiceGum. RiceGum is an American YouTuber whose birth name is Bryan Lee. He is one of the popular YouTuber who has subscribers over 10 Million to his channel.

The pair started dating one another back in 2017. Previously both of them helped one another to increase fan following on their respective social sites account. The duo dated for almost two years and finally broke up in 2019. Neither of the parties has spoken about their failed relationship. As of now, both ex-couple are enjoying a single living.

Abby Rao's net worth in Thousands

The star model has also co-founder of Clubhouse which is based in a Beverly Hills Mansion. The group is highly active in all of the social media accounts has followers of over 500,000 in each. Jojo Babie and Macy Kate are also popular Instagram model

Previously working as Cosmetologists she used to earn over $80,000 annually. As of now, she is enjoying her lifestyle in a luxurious way and has helped many people to follow their dreams.