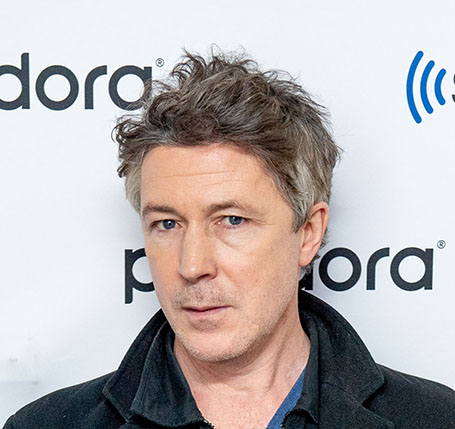 Aidan was born on April 24, 1968, in Dublin's inner suburb Drumcondra to parents who were an architect and nurse. His birth name is Aidan Murphy. After completing his high school education from St. Vincent's C.B.S, Glasnevin, he joined Dublin Youth Theatre. His first theatre act was A Midsummer Night's Dream at the Project Arts Centre where he played the role of Nick Bottom. Later, Aidan moved to London to pursue his acting career.

Known for his signature Smirking expression, Aidan swept off Olivia O'Flanagan from her feet. The pair probably met in London where Aidan had moved to make the best out of himself.

After appearing in the critically acclaimed TV series Queer as Folk in 1999, Aidan began facing a lot of paparazzi and media. But he succeeded to keep his love life private. They married in a private wedding ceremony in London on July 7, 2001.

Aidan and Olivia were blessed with two kids; Berry Murphy and Joe Murphy. Until their separation, The couple and their children lived in the countryside of Kerry. He loved his home in the countrysides a lot. He once said;

It's really beautiful, rural and rugged. I like not working, I like downtime, so I cycle around in the country, go camping, read books.

When Aidan won an Irish Film and Television Award in 2009, he dedicated the achievement to his spouse and two kids. He spoke of how his family was a big motivation for him. But the celebrity couple's love didn't last any longer. Five years later in 2014, Aidan and Olivia officially separated and ended their 13 years of conjugal life.

Who Is Aidan Currently Dating?

Aidan has named the greatest love of his life as his children but he has fallen in love with Irish musician and actress Camille O'Sullivan. When the pair first met, Camille was unaware of Aiden's works. In an interview with Irish Independent in 2017, she said;

I had never seen him in his films. I knew he was an actor, but I didn't know his work! Listen, I don't think that man would have to work hard to win anyone over.

Like Aidan, Camille is also a mother of a daughter Lila from her previous relationship with The Waterboys lead singer, Mike Scott. Camille and Aidan have made their public appearances in red carpet events like the one in New York for the Game of Thrones season eight premiere.

Aidan is known for being a media-shy, but he has amassed a fortune through his acting. His net worth is not less than $7 million. He has appeared in a 2018 American dystopian science fiction film Maze Runner: The Death Cure which was commercially successful.

It collected over $288.2 million in the box office which was a huge compared to its budget of $62 million. Not just that, from his role in Peaky Blinders alongside Kate Phillips and Cillian Murphy, he must've received a huge payment.

Aidan talks about his role in Game of Thrones series:

Aidan's popular TV series are; Wanderly Wagon, An Ungentlemanly Act, A Handful of Stars, Belfry, The Bill, Screenplay, Lorna Doone, Urban Myths and Project Blue Book. Besides, he has appeared in Music videos of Sigur Ros, I Draw Slow and Mick Flannery.

Click Married celeb and read about your favorite actors of Peaky Blinders!!!