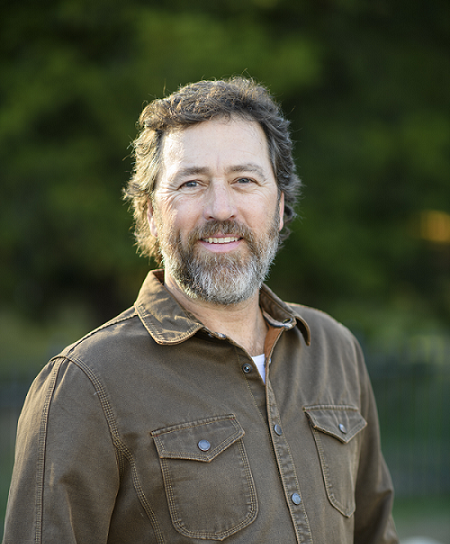 Al Robertson is an American pastor who is known as the eldest son of the American hunter, and reality television star, Phil Robertson. AI initially backed his dad to build a company named Duck Commander but later he left the show to serve as a pastor.

Now, after serving for 22 years as a pastor, he joined the reality family show, Duck Dynasty during the show’s fourth season in 2012. He is also known as the family's Beardless Brother.

Marshal "Alan" Robertson was born on January 5, 1965, in Louisiana, United States. He is the firstborn son of Phil and his wife, Miss Kay Robertson. Further, he has three younger brothers named Willie Robertson, Jase Robertson, and Jules Jeptha Robertson. So far, he holds American citizenship and is of white ethnicity.

What Is The Relationship Status of Al Robertson?

Al Robertson is a married man. He tied the knot with his love of life named Lisa Robertson. She has also starred on the family program, Duck Dynasty as the cast members. So far not much is known about her to the media as she prefers a very low key life.

However, there are no exact details regarding their marriage date. According to sources, they have been married for over three decades. In fact, they exchanged vows at very very young. Due to this, their early marriage wasn’t perfect at all.

Similarly, at the age of 17, Alan started dating Lisa, who was 15 at the time. At that moment, AI wasn't aware of what she had been through or whether she was abused. Al says he caught up in her pain by taking advantage of her and saying, "Hey, if you love me, you 're going to do this."

Having been in love with Al since grade 6, Lisa felt the relationship would be solidified by giving him what he wanted. But things between them did not work. The two split up. Then Lisa became pregnant with another guy at the age of 16 and had an abortion.

Al used to live a very independent person at that time, or as a single man. Because of this, Lisa started to feel lonely and then started chatting with an old boyfriend. Their talk then suddenly turned into a relationship. She privately dated a mysterious man for 14 months when she was still married to Alan.

Suddenly, Lisa realized she wanted to stop her extramarital relationship and get out of the way she was thinking. She turned to God and begged forgiveness, but realized the only way out was to say the truth to her husband. She'd finally told AI everything about her affair to the next man.

"Finally, when she told the truth, my first feeling wasn't indignation, it wasn't frustration. It was a relief. Suddenly, the truth was out there." Robertson said. Then he advised her to leave and forgave her when he saw that for the right reasons she was trusting in God. Thus they got new rings and then they started their life, again, as husband and wife.

Marshal and his life partner, Lisa are happy parents of two grown children who are both daughters. But their birth date and name are still under wraps.

According to some sources, AI's daughters are happily married to their own bearded men. In fact,  Alan and Lisa have grandparents of two granddaughters and one grandson. Now, they reside in West Monroe, Louisiana.

Al Robertson has an impressive net worth of $3 Million as of July 2020. He credits most of his earnings to his successful career as a pastor from his family business. He served for 22 years at White’s Ferry Road Church in West Monroe, LA as a pastor. Thus he might be earned a decent amount from there as well as.

Also, AI starred in his family reality series, Duck Dynasty on A&E started airing in 2012 and finished in 2017. His father, Phil, and mother, Kay As has the same net worth of $15 million. Similarly, his brother Willie now has a valuation of $20 Million.

In addition, Alan and his cousin Zach Dasher founded the production company named Restoration Productions. They produce Phil's new series In the Woods with Phil on CRTV.com. Besides it, he co-authored two books named A New Season and The Devotional Duck Commander for Couples.

If You're Loving In Reading, Then Visit MarriedCeleb!!!