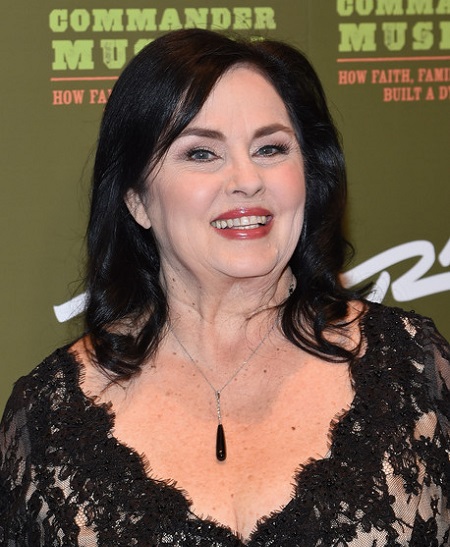 Miss Kay Robertson is an American TV personality who is best known for starring as the cast member on the A&E reality series Duck Dynasty. Added to that, she is known as the long term and supportive wife of entrepreneur and co-star from Duck Dynasty, Phil Robertson.

Marsha Kay Carroway Robertson was born on 21 December 1947 in West Monroe, Louisiana, United States. As per her citizenship, she is American whereas her ethnicity is not known. So far, she attended Louisiana Tech University for her education.

Yes, you have read it correctly. Marsha Kay, and her long term partner Phil Robertson, now 69 years, are happily married for 54 years.

The former cheerleader Kay and Phil, the former athlete is a high school, sweethearts who started dating in 1964. After two years of love romance, they got hitched in 1966 at a private ceremony.

However unhappily, they had troubles in their early marriage because of Phil's drugs, and rock 'n' roll lifestyle. Despite their many ups and downs, they now described their nuptial bond as a long-standing and rock-solid marriage. Now, the 'Duck Dynasty' alums have completed their 56 years of togetherness.

Has Four Children and 16 Grandkids

Their first son, Alan was born while both of them were attending college named Louisiana Tech University. Also, Phil announced on May 28, 2020, that he has a daughter named Phyllis Robertson, from his past affair in the 1970s. Currently, Phil's four kids are happily married to their own partners.

Working as a reality TV star, Kay Robertson must be earning a good amount of money. As of July 2020, she has an impressive net worth of $15 million. She is best known for the hit reality series of the Robertson family, Duck Dynasty started airing on A&E in 2012 and finished their run in 2017.

The series depicts the Robertson family's lives, which have been made prosperous by their family-operated company, Duck Commander. It was founded in 1973. DC also served as the title sponsor of the Duck Commander 500, and a NASCAR Sprint Cup in 2014.

In addition, Miss Kay authored the cookbook named Family, and Food--Bringing Our Home to Your Table, and Miss Kay's Duck Commander Kitchen: Faith. On the other hand, Kay's husband Phil Robertson has an impressive worth of $15 million. Similarly, his son Willie now works as the chief executive officer of the Duck Dynasty has a valuation of $20 Million.

If You're Loving In Reading, Then Visit MarriedCeleb!!!