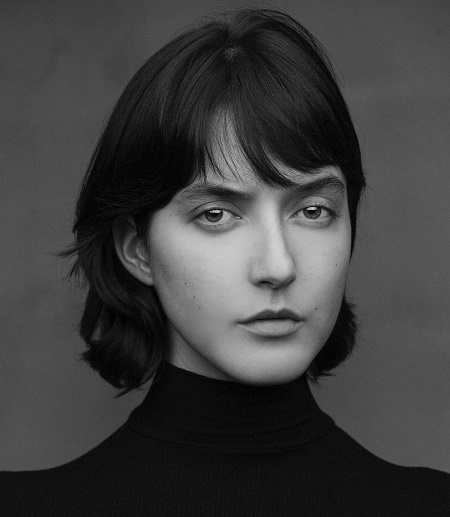 Celebrity Kids already get a lot of attention because of their parents' fame. In a similar context, Alaia Baldwin, a model who came to fame due to her famous dad, Stephen Baldwin, and his wife, Kennya Baldwin. Her father is an American actor, producer, director, author, and conservative political activist while the mother is a graphic designer.

She was born on January 23, 1993, in Tucson, Arizona, United States. She holds American citizenship and is of mixed ethnicity. Further, Alaia is the eldest sister of the famous IMG Model, Hailey Rhode Bieber, who was born on  November 22, 1996.  She is the grandchild of Eumir Deodato, Mary Ellen Deodato, Carol M. Baldwin, and Alexander Baldwin.

27, Alaia Baldwin marries Andrew Aronow after two years of romantic affairs. The couple walked down the aisle on September 2, 2017, in a private ceremony. Their wedding took place at Blue Hill At Stone Barns in Hudson Valley restaurant in Westchester County, New York.

And the outdoor nuptials was naturally a dedicated family affair. The beautiful bride chooses to wear a Vera Wang wedding strapless gown while the groom donned in a dark blue suit. During their big day, Baldwin's younger sister Hailey Baldwin, and her cousin Ireland Baldwin served as bridesmaids.

Alaid and Aronow were married in the presence of family and friend including famous guests Christie Brinkley, 66. Likewise, their love journey began with their first kiss on  January 2, 2014, on the moonlit beach of Parrot Cay. On May 2, 2014, Andrew who is the President at Pocket Aces Production, LLC asked her to be his girlfriend.

Baby is On the Way

Yes, the model Hailey's older sister Alaia is going to be a mom for the first time very soon. On April 18, 2020, the 1.75m tall Alaia announced that she is expecting her first baby with her two years of life partner, Andrew.

She uploaded Aronow 's picture kissing her growing baby bump with a sweet caption on Instagram: "I made something special this year for the birthday of @andrewaronow." She also added that her baby is due in August 2020. Hailey, 23, who is married to singer-songwriter, Justin Bieber in 2018 also commented: "My niece” and “Screaming!!!!”.

Working as a model, Alaia Baldwin earns a good sum of money. As of 2020, her net worth is estimated to be $2 Million. Today, she is represented by VNY Models in the USA and in Great Britain by The Squad. She has also worked for D'Management and The Squad in London and Milan respectively.

Not only this, but Baldwin has also modeled on the Calvin Klein brand as well. She is also a supporter of the American Endometriosis Foundation, and mostly promotes awareness of endometriosis through her posts on social media.

Meanwhile, her younger sister, Hailey Baldwin's net worth is estimated to be $20 million throughout her modeling and acting career.  On the other hand, her dad, Stephen Baldwin, 54, has a net value of $500 thousand as of 2020. He made his fortune from his multiple works as an actor, producer, director, author, activist.

Stay Tuned With Us: MarriedCeleb To Know More About Models