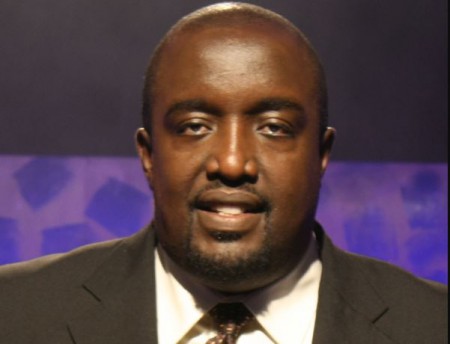 Who is Alan Kasujja?

If we follow our passion with immense dedication then nothing can stop us neither race, gender nor our background. Today we are going to talk about one individual who overcame his rough childhood and poverty. We are talking about a famous Ugandan journalist, Alan Kasujja who also works as a radio broadcaster for BBC News.

Alan Kasujja is one of the main presenters of the BBC World Service's international hard news and current affairs programme called, Newsday. Alan is based in London where he co-presents the show with Irish journalist and broadcaster, Nuala McGovern. Now let's get an insight into Kasujja's personal and professional life.

The BBC news' journalist, Alan Kasujja was born in 1978 in Uganda, a country in East-Central Africa. However, there are no additional information about his birthdate. As of 2019, Alan's age is around 41 years.

Alan spent the first twelve years of his life in Kenya where his family had fled to escape the dictatorship of Idi Amin, one of the most brutal despots in world history.

At the age of 12, Alan returned to live in Uganda and studied law at Makerere University. He began his media career in the 1990s at Sanyu FM and has worked in both Ugandan TV and radio. Alan previously worked as the host of the morning radio show called The Big Breakfast on Kampala-based on 91.3 Capital FM.

Further, Alan has also presented the Ugandan version of the game show Who Wants to be a Millionaire since 2011. Likewise, he also hosted The Fourth Estate, a highly influential political talk show in Uganda. Since 2012, Alan has been based in London where he is one of the regular presenters on Newsday alongside fellow presenters Nancy Kacungira, Bola Mosuro, Julian Keane, Lerato Mbele (until 2015).

Talking about the 6 feet 10 inch journalist, Alan Kasujja is a married man. At the moment, he is happily relishing his marital relationship with his spouse.

Alan married Sara Shalita (Sasha), daughter of late Bishop of Muhabura, Ernest Shalita. Their wedding ceremony was held at All Saints Cathedral on December 27, 2003, in front of family members, friends, and relatives. The couple has a daughter named Keyana (18).

Alan and Sara has been married for over nearly sixteen years and together they are relishing their marital relationship. However, Alan likes to keep his personal information quite private and doesn't reveal much in front of the public and media.

As of now, there aren't any news of their separation neither they are involved in any controversies. Further, the detail about their children is still behind the curtain.

One of the famous Ugandan journalist, Alan Kasujja has amassed a decent amount of net worth from his professional career. He is is also a radio broadcaster working for BBC News and is one of the main presenters of Newsday on the BBC World Service. As of 2019, Alan Kasujja has a net worth of over $1 million.

Throughout his career, Kasujja has worked for several national and international stations. So, how much does he earn? As per sources, Alan earns an annual salary of over $78,000. He has come a long way to have built such an incredible career. No doubt, his net worth and income will earns even more in the upcoming days.