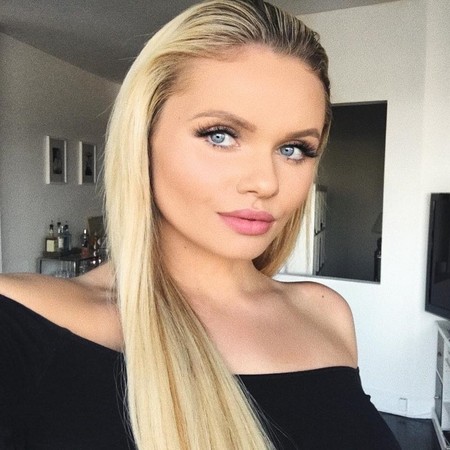 Alli Simpson is a multi-talented and rising Australian actress, singer, model, host, dancer, and social media personality. Moreover, she started to post her vlogs, beauty videos, cover song, and health tip videos after launching her YouTube channel @SoAlli. Apart, she gained massive attention after being the host of the radio show " The Alli Simpson Show". Furthermore, she has a million followers and subscribers in her social media account.

The Notice Me singer, Alli Simpson was born as Alli Michelle Simpson on April 24, 1998, in Gold Coast, Australia. Moreover, she is the only daughter of Brad Simpson and Angie Simpson. Apart, she has two brothers, Cody Simpson and Tom Simpson. She holds an Australian nationality and belongs to Caucasian ethnicity. Besides, her academic qualification detail is still missing.

Well, Alli, 27, is in a romantic relationship with her long time boyfriend. She is currently dating Mitchell Bourke. Moreover, Mitchell is an Australian actor, who is well-known for Diary of an Uber Driver(2019). The couple started to date each other in mid-2018. Since then, the love birds are enjoying their happy time together and also share a strong bond.

Therefore, we don't have any news of their separation or split up yet. Besides, we can often see them uploading pictures and daily life videos on their respective social media account. They seem so deep in love and always support and encourage each other for their works. As of now, she is living a happy life with her boyfriend in Australia.

Before living in a romantic love life with Mitchell, Alli was involved in a couple of relationships. Moreover, she has been in a romantic relationship with Conrad Sewell. Further, Conrad, 32, is an Australian singer and songwriter. Moreover, the couple began dating each other in 2015.

On the other hand, in 2012, Simpson was also rumored to date an American actor, William Brent. But, we don't have much about their relationship yet. Besides this, there is no information on her past affairs and relation yet.

The five feet and four inches(1.63 m) tall, Alli Simpson has collected a hefty amount of fortune from her career as an actress, singer, model, host, dancer, and social media personality. Furthermore, her estimated net worth is around $1 million which similar to Tom Oakley and Catherine Haena Kim.  Apart, Alli's song like Notice Me and Why I'm Single' is very famous on YouTube with a million views.

On the other hand, she has a YouTube channel @SoAlli with 557K subscribers. According to SocialBlade, her channel monthly earning is $27-$430 and yearly earnings of $322-$5.2k. Besides, she also has an Instagram account @allisimpson with 1.2 million followers. So, she earns around $2,000-$2,500 per post.

Nevertheless, the young and talented actress, Alli also earns a decent amount of money from hosting radio shows. As of now, she is living a lavish and healthy life with her boyfriend and family in Australia.