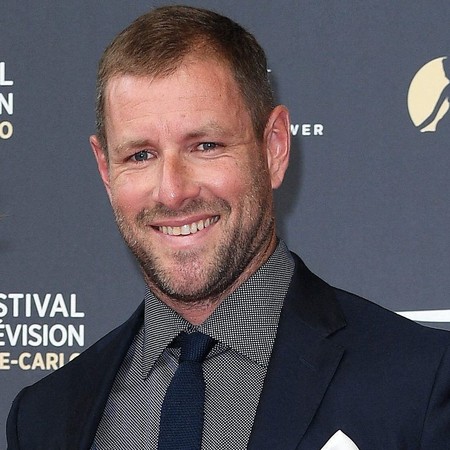 Tom Oakley is an American actor and producer. However, he rose to fame after being a second husband of Missy Peregrym. Missy is a Canadian actress and former, who is best known for her role in, the show FBI. Besides, he is also popular for his works on All Saints(1998), Out of the Blue(2008), and All My Friends Are Leaving Brisbane(2007). Apart, he is also known for a short film to Talk to Someone, inspired by real events.

Australian actor, Tom Oakley was born in 1981, in Sydney, Australia. However, we don't have information about his parents', siblings', and academic qualification details yet. Besides, he holds an Australian nationality and belongs to white ethnicity.

Who Is Tom Oakley's Wife? Does he have children?

Well, Tom, 39, is a married man. He is married to his girlfriend turned wife, Missy Peregrym. The couple walked down to the aisle and tied the knot on December 30, 2018. Their wedding took place in Los Angeles, California in front of family and close friends. However, the couple met first through a mutual friend in online. Later, they began to date each other privately.

Nevertheless, the duo is enjoying a happy married life since after their wedding. There is no news of their separation and divorce yet. Apart, we can often see them attending an award show and event by holding each others' hands.

Besides, the love birds are blessed with a baby boy from their married life. The couple became parents of a baby boy, Otis Paradis Oakley,  born on March 21, 2020. Currently, Tom along with her wife is busy taking care of their newly born baby. They are ensuring their children's sound health with both physical and psychological growth. As of now, Tom is just enjoying his fatherhood life with his wife.

Talking about the past affairs of Tom, we don't have exact information on it right now. Besides, he keeps his personal life away from media and public. Apart, he has never been involved in any kind of rumor and controversy yet. So, we can predict about his past affairs or love life.

On the other hand, his wife, Missy was once a married woman before marrying him. Missy was married to an American actor, Zachary Levi, on June 16, 2014, in Maui, Hawaii. However, their married life didn't last for long. After a year of married life, the couple divorced in April 2015 by shocking all their fan as they dated each other for 10 years before tieing the knot.

How Much Is The Net Worth of Tom Oakley?

Tom Oakley might have earned a decent amount of money from his career as an actor and producer. However, his exact net worth figure is yet to be published. Furthermore, his estimated net worth is around $1 million which is similar to Catherine Haena Kim and Luke Eisner.

On the other hand, might around $50,000-$60,00, an average annual salary as an actor. Besides, his wife Missy has an estimated net worth of $3 million as of 2020. As of now, he is living a lavish and luxurious life with his wife and a son in the United States.