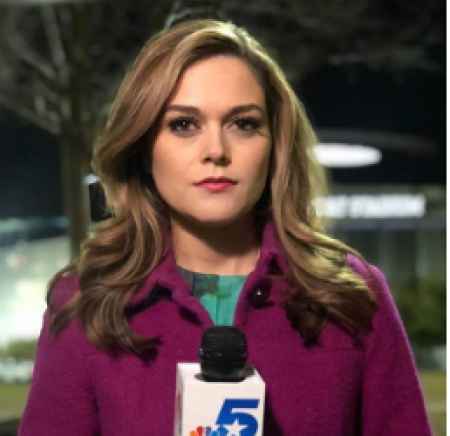 Who is Allie Spillyards?

Allie Spillyards is an American journalist and news reporter known for her exclusive prime time coverage. She often works out of Dallas or Collin County as a general assignment reporter. We can view her stories on NBC 5 at 10 p.m.

Allie was born and raised in Wylie, Texas. Being a native of Texas, she holds an American nationality and belongs to white ethnicity. Due to unavailable detail regarding birthdate, her age remains unknown.

Concerning her education, she attended a local high school in Texas. She then enrolled at the University of Missouri and earned a bachelors degree in journalism and a minor in political science. Allie went for an exchange program during her mid-semester to Brussels, Belgium where she got an internship with the Reuters.

Prior to starting her career, Allie was around the newsroom at KMOU performing some minor task. She started her career as a general reporter at WVLT in Knoxville, TN. She also worked as a weekend morning newscast and further moving to weekday mornings news reporting.

Some of her phenomenal works include the tragic shooting at Emanuel AME Church in Charleston, Controversial removal of the Confederate flag from the South Carolina State House grounds, the October 2015 flood that destroyed more than a hundred homes and left 17 people dead. As of now, she is assigned with the NBC 5.

Allie also worked for WCNC in Charlotte, NC as a reporter. In 2017, she was awarded a fellowship for training in reporting based on computer with the Investigative Reporter and Editor Inc.

Is Allie Spillyards Married? Who Is Her Husband?

Yes, Allie is a married woman. Allie is married to Fox News reporter Blake Hanson. She first met her husband during their senior years of college as a student of journalism. Meanwhile, their love blossomed even after they moved apart to different cities in order to pursue their career.

Hanson and Spillywards dated for two long years spending many weekends driving long trips. Their love relationship bond was getting deeper while the couple tried to meet every day now and then. Allie lived in Tennessee and Blake was residing in New Orleans. They together transferred to Charlotte, North Carolina to be with each other.

While on a trip to Washington, Blake proposed her in a very romantic way in front of the Lincoln Memorial. On April 9, 2016, the love birds exchanged their wedding vows overlooking White Rock Lake.

As of now, the couple is much dedicated towards their career keeping their parenthood aside. It is expected that the love bird might soon add a new member to their family. Our team is following their lifestyle.

How Much is Allie Spillyards Net worth & Salary?

Allie has amassed a sumptuous amount of net worth for her living. She earns a decent salary of over $33,570 from the news network. Likewise, she also gets extra bonus through her live news coverage. Going through her public profile, she is expected to have a total asset in eight figures.

On the other hand, her husband Blake is equally prosperous and lives an affluent lifestyle. As for now, both are relishing their combine wealth and properties.

Additionally, the married couple keeps traveling to some of the most expensive and exotic destinations. They are much attracted towards hills and beaches. The love birds spends time together in the countryside every once in a year. This is one of the reasons why there relationship are going strong together.

We, the MarriedCeleb team wish them a prosperous lifestyle.