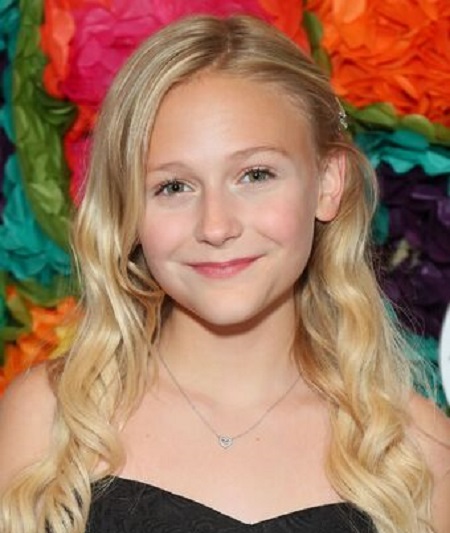 If you are a regular viewer of CBS daytime soap opera The Young and the Restless? Then American child actress Alyvia Alyn Lind must be familiar to you who portrayed the character of Faith Newman since 2011. Also, she has starred on ABC series Revenge as Young Amanda Clarke from 2012 to 2015. Now, she stars as Angelica Green in Netflix's series, Daybreak.

Alyvia was born on July 27, 2007, in North Carolin to the Film producer, John Lind, and actress, Barbara Alyn Woods. Further, she has two older sisters, Natalie Alyn Lind, 21, and Emily Alyn Lind, 18, both of them are well-known actresses. So far, she holds American citizenship and belongs to the white ethnicity.

Alyvia Alyn who is just 13 years old is still young to start any romantic relationship with anyone. So she might not be in a hurry dating her boyfriend at the current moment.

Moreover, there is no rumor or controversies regarding his personal affairs. As per her Instagram post, Lind has neither hinted her love life nor has been witnessed with any guy who could be assumed as her lover.

However, Alyvia keeps posting various hanging out photos with her sisters, friends, and parents on her IG account. Henceforth, for now, she is most probably single to escalate her career to her desired height.

So for now, it seems she might be investing her time in acting and education.

How Much Is Alyvia Alyn Lind's Net Worth?

Working as an actress, Alyvia Alyn makes a good amount of money. To date, she has appeared in numerous movies and television series which has probably added up a good sum to her wealth. As of 2020, her net worth is assumed to be more than $500 thousand.

Similarly, her annual salary might fall in around $50,000, which is an estimated wage of actor or actress in the United States. So far, there is still a lot of time for her to make an additional fortune. Besides, she also earns extra money from ads and photoshoots for several magazines like Avante magazine.

On the other hand, her older sister Natalie Alyn now enjoys the net worth of $3 Million. She credits most of her earnings to her successful acting work. While her next sister Emily has $1 Million worth as of 2020.

At age 6, Alyvia made her feature film debut in the film Dark Skies by playing the role of Young Daughter in 2013. Since then, she went to play various roles in movies such as Blended, Shangri-La Suite, An American Girl Story – Maryellen 1955: Extraordinary Christmas, Overboard, and Walk Ride Rodeo.

Whereas Lind's first appearance on series is in the TV series, The Young and the Restless as Faith Newman in 2011. Added to that, she starred in TV shows like Revenge, See Dad Run, NCIS, Transparent, Masters of Sex, Dolly Parton's Coat of Many Colors, Alexa & Katie, Future Man, etc.

However, Alyn Lind achieved success after joining the Netflix comedy-drama series Daybreak in 2019. In the show, she played the main character of Angelica Green.