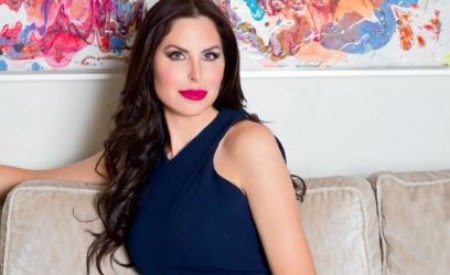 There is numerous example of ordinary people stealing the limelight after marrying celebrities. And today we are going to talk about Amy Baier. She is married to the famous Bret Baier, one of the wealthiest Fox News anchor. But we should know that Amy is no ordinary people. So, who is she? Let's know in detail.

Who is Amy Baier?

Amy Baier is an American philanthropist who is the Vice-Chair Foundation Board at the children's national organization in DC. She also served as a media planner for Calvin Klein. Have you heard of Susan Crow? She is a famous activist and philanthropist, just like Baier.

Amy was born on May 7, 1978, to her parents Paul (father) and Barbara Hills (mother). She grew up in Chicago along with three siblings; Timothy, John Paul, and Daniel. As of 2019, she is 41 years old, and her birth sign is Taurus. She attended Southern Methodist University in Dallas, Texas.

Talking about Amy Baier's relationship status, she is currently married and is the mother of two lovely children. She has been in a marital relationship for nearly fifteen years. Amy, along with her husband, has a blissful personal life and she is pleased about it.

Amy and her husband, Bret first met on a blind date which was set up by their friends back in 2001. They met shortly after the 9/11 incident at the Rolling Stone Concert. The couple had a long-distance relationship for a while, and they married on October 9, 2004.

As of 2019, the husband-wife duo has been married for more than fourteen years. They will mark their fifteen wedding anniversary on the coming 9th of 2019. Also, they aren't involved in any rumors of separation till now, so let's hope they will continue this solidarity for long.

The couple had to face a sad moment in their life when their elder son suffered from five congenital heart defects. Further, he had eight-hour-long heart surgery when he was twelve days old.

Before discussing Amy Baier's net worth, let's know a fact. Well, her dad, Paul, is the co-founder of the multi-billion dollar medical equipment company called Sage Products. The exact amount of her net worth is unknown, but as per some sources, her net worth is over $2 million. Another famous activist Cynthia Germanotta, also has similar earnings.

She initially worked as a media planner for Calvin Klein but later turned into philanthropy. However, much of her earnings go to the children's foundations. Meanwhile, her spouse, Bret, has a net worth of $16 million as of 2019.

How much is Amy Baier's Income?

Sadly, the exact amount of Baier's income and salary is unavailable. She works as the Congenital Heart Disease Advocate in D.C.

Know her Husband's Income and Salary

As of 2019, Bret earns an annual income of $7 million as the chief political anchor for Fox. Previously, he worked as the network's Chief White House Correspondent and Pentagon correspondent.

In 2013, Bret and Amy listed their custom-built home in D.C's Berkley neighborhood for $3.5 million. Their former house was said to be inspired from Ralph Lauren's Home. The Baier family currently resides in a Georgetown house.