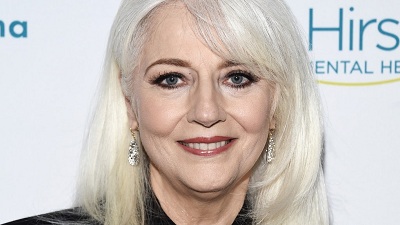 Who is Cynthia Germanotta?

Cynthia Germanotta is an American businesswoman, philanthropist, activist. Also, she is the president of Born This Way Foundation. She co-founded the company in 2012, with her daughter Lady Gaga.

Cynthia was born as Cynthia Louise Germanotta on 30th August 1954, in West Virginia, United States of America. Being born to an American parents Veronica Rose Bissett and Paul Douglas Bissett, she belongs to White ethnicity and holds American nationality.

She grew up along with her sister Cheryl Ann and a brother Paul Douglas. Louise is a graduate of West Virginia University. Later, she received her master's degree in public administration from George Washington University.

Germanotta began her career serving for Verizon as a telecommunications executive in management and sales. She became a popular face after her daughter Stefani gained global recognition as Lady Gaga. Cynthia belongs from a middle-class family who worked very hard to raise their children.

Not too long after her daughter's success, Germanotta co-founded a company named Born This Way Foundation along with her daughter Lady Gaga. It is a non-profit organization based on inspiring the young generation, building up communities and ending bullying.

Additionally, Cynthia also serves as an advocate for Women's Council on Heart Health for Ronaldo O. Perelman Heart Institute, and Empowerment Initiative at the University of Nebraska-Lincoln.

Currently, she is working as a member of the Board of Governors for the Parsons School of Design.

On 20th May 2019, Germanotta name was announced by the United Nations General Assembly as she will be one of our new Goodwill Ambassadors, as the Ambassador for mental health.

Is Cynthia Germanotta Married or Single? Know About Her Husband and Children

Germanotta is currently living happily in a marital relationship with her husband Joseph Germanotta. He is a well-known internet entrepreneur and restaurant owner. The pair dated for a quite long time and decided to take their relationship further as husband and wife. So, the couple exchanged their wedding vows in the year 1983.

Since then the couple is living happily and shares two daughters together. Her first daughter Stefani Angelina Germanotta was born on 28th March 1986, in Lenox Hill Hospital, New York. Currently, she is known globally as pop star Lady Gaga.

Cynthia's second daughter Natalia Veronica Germanotta was born on 10th March 1992. She is also popular for her cameo appearance in Lady Gaga's music video titled Telephone. Currently, the family resides in Manhattan. Since their marriage, there are no issues between the couple which leads to their separation.

Cynthia Germanotta's net worth and Salary

Louise Germanotta earns a huge amount of money as a philanthropist, businesswoman, and activist. She also makes sufficient money from her company Born This Way Foundation.

According to various resources, the average salary of an American philanthropist in $63 thousand. Thus, we can assume that she probably bag a handful of money. Also, Germanotta is involved in various foundations and non-profit organizations.

As of 2019, Cynthia's total net worth is estimated to be more than $5 million. Whereas her daughter Lady Gaga is one of the most popular pop star worldwide who has a staggering wealth of around $275 million.

Cynthia along with her family lives a lavish celebrity life. They spend quite a part of their income to maintain their rich manner of living.

The American businesswoman Cynthia stands at a height of 1.67 meters / 5 feet 6 inches and weighs around 127lbs / 58kg.