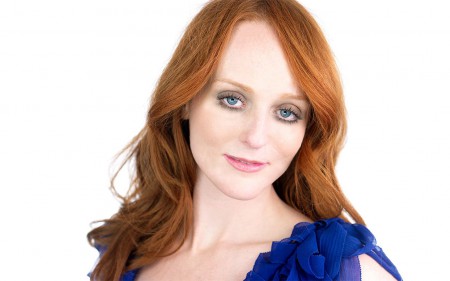 Who is Antonia Bennett?

Are you familiar with the popular singer Tony Bennett and his previous married life wife with actress, Sandra Grant. If yes then you must know their youngest daughter named Antonia Bennett. Antonia is the 45-year-old singer who mostly specializes in adult alternative music, standards, and jazz.

The talented Antonia Bennett has performed in opera houses, casinos, jazz clubs and amphitheaters worldwide. Therefore, she has a desirable net worth and income. She is married to an Israeli man named Ronen Helmann. So, let's know in full detail about Antonia Bennett.

Antonia Bennett was born on April 7, 1974, in Los Angeles, California, the United States. She was born to the legendary singer Tony Bennett and an actress, Sandra Grant Bennett. Previously, Tony first married to Patricia Beech and his third wife was Susan Crow. As of 2019, Antonia's age is 45 years old and her birth sign is Aries. Antonia has an older sibling sister named Joanna Bennett.

Coming from the show business family, Antonia  began performing from an early age of four alongside her father. She later trained and performed at the Lee Strasberg Theatre Institute where she was seen in several stage productions. She also became an alumna of the Berklee College of Music in Boston.

Who is Antonia Bennett's Husband?

Talking about Antonia Bennett's marital status, she is living a blissful married life with her longtime boyfriend-turned husband, Ronen Helmann. Well, her husband, Ronen is an Israeli citizen. The couple married on April 28, 2013, at the Beverly Hills Hotel in the presence of family, friends, and relatives.

Antonia's father, Tony shared a tweet of accompanying him and giving her away to Ronen at the ceremony. “Congratulations to my beautiful daughter, Antonia,” he wrote. “What a fabulous wedding.”

Antonia Bennett's Net Worth and Income

As of 2019, Antonia Bennett has a net worth of over $1 Million. Additionally, she earns an annual salary of over $120,000 from her music career. She is currently signed with Perseverance Records and is still active in the music industry.

Meanwhile, her father, Tony Bennett has a stunning net worth of $200 Million as per Celebritynetworth. Well singer Stevie Wonder has also similar net worth. The legendary singer and painter has over seven decade of experience in the entertainment industry. Well, he has won multiple awards including Grammy, Emmy, and Lifetime Achievement Award. Likewise, Tony has sold over 50 million records worldwide.

Apart from having a giant net worth, Antonia owns several luxury mansions and vehicles.

The beautiful singer, Antonia Bennett stands at the height of 1.7m ( 5 feet 7 inch) and has a body mass of 123.4 lbs. Further, she has blue eyes and light brown hair.