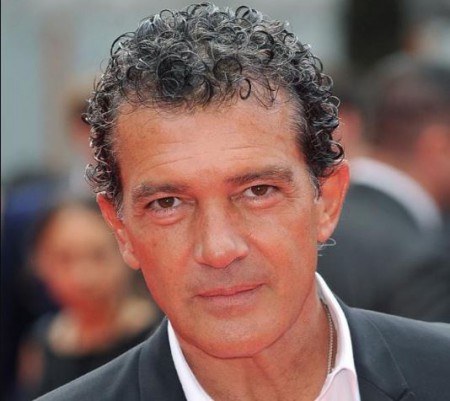 The 59-year-old, Antonia Banderas is one of the popular faces of Spain and a prominent actor in Hollywood. He is a Spanish actor, producer, and singer who began his acting career in the 1980s and appeared in high-profile Hollywood films in the 1990s.

Antonio won a Drama Desk Award in 2003 with his theatre debut in a musical named Nine. In 2018, he received critical praise for his role as Pablo Picasso in the second season of Genius. For the 2019 Spanish movie, Pain and Glory, Antonio received the Cannes Film Festival Award for Best Actor.

He appeared in commercially successful movies such as Assassins, Evita, Interview with the Vampire, Desperado, The Mask of Zorro, The Expendables 3, Spy Kids, etc. Additionally, he provided the voice of Puss in Boots in the Shrek series.

Who Is Antonio Banderas' Girlfriend?

Often called as Handsome Hunk, Mr. Banderas is in a romantic relationship with a Dutch handbag designer and former banker, Nicole Kimpel. The couple began dating since 2014 and is still together. Therefore, Antonio and Nicole have been together for five years.

The exact timeline of Banderas and Kimpel's affair is unknown but the speculation about their relationship began when Banderas and Kimpel were seen dancing together at a Cannes Film Festival after-party. Also, they were also spotted vacationing in St.Tropez.

The lovebirds attended the UK premiere screening of Banderas' critically successful movie, Pain and Glory. Further, it seems that the wedding has never been a top priority in their personal agenda. Also, the couple seems to be inseparable, and it’s evident they make the perfect match.

Antonia Banderas has been married twice and his first wife was Spanish Actress, Ana Leza. They first met each other in Madrid through a common friend while attending the National Theatre. After knowing for a few months they began dating in February 1987 and tied the knot after five months.

Antonio and Ana exchanged their wedding vows on July 27, 1987, at the Church of San Nicholas in Madrid. They remained married for eight years until their divorce in 1996.

The exact reason for their divorce is unknown but some sources claim that Antonio began a relationship with actress, Melanie Griffith which led to his divorce with Ana.

After separating from Leza, Banderas married for the second time with actress, Melanie Griffith. The two began a romantic relationship in 1995 while shooting a comedy film, Two Much. An interesting fact is that Banderas was a fan of Melanie long before he even met her.

Antonio and Melanie married on May 16, 1996, in London. At the age of 36, Banderas became a father to a daughter named, Stella del Carmen Banderas Griffith.  Stella was born on September 24, 1996.

When the star couple released a statement about their divorce in June 2014, fans were shocked. After more than nineteen years of the marriage, they decided to split citing the reason as irreconcilable differences.

Despite being separated, the former couple is still on good terms. Melanie still has a tattoo of Banderas' first name on her right shoulder. Further, the two appeared in the 2014 science fiction film, Automata.

Prior to Banderas, Melanie was married first to actor Don Johnson and for the second time with Steve Bauer. With Johnson, Melanie has a daughter, Dakota Johnson and with Steve, she has a son, Alexander Griffith Bauer.

After the finalization of their divorce, Antonio agreed to pay for their daughter Stella's expenses through her 19th birthday along with both college and grad schools. Melanie also got a total of six luxury cars whereas Antonio kept only two.

The Spanish phenomenon originally known as José Antonio Domínguez Bandera has a spectacular net worth of $45 million. His average salary per movie is around $10 million. His income was $12 million for the 2001 movie The Body.

The fortunate actor has been working with fragrance and beauty multinational company Puig for over ten years. He became one of the brand's most successful representatives. He has a line of popular fragrances including Antonio for Men and Blue Seduction for Men as well as Blue Seduction for Women.

Banderas with a height of 1.74m established himself as internationally known Latin heartthrob with charismatic looks. Also, he was chosen as one of the 50 most beautiful people in the world by the People magazine in 1996. Among the many luxuries, Banderas owns a black Porsche 911 Cabriolet valued at around $125,990.

Additionally, Banderas has raised a lot of funds for St.Jude Children's Research Hospital which is the third biggest health care charity helping terminally ill children in the United States.

Back in 2015, Banderas' former spouse Melanie listed her Aspen Mountain villa for $9.9 million. She purchased the luxurious 12 acres house in 2002 with her then-husband, Banderas for $3.55 million. However, with no buyers hitting the estate, she sold the Aspen retreat for $4 million in March 2019.

An interesting fact about the house is the house consist of a wine cellar that can hold 9,000 bottles.

Back in 2014, Banderas paid Melanie $4 million to buy out her share of their New York City estate. He listed the apartment in 2018 for $8 million.

Following their divorce in 2015, Antonio and Melanie sold their long-time Los Angeles home for $16 million to Netflix executive Ted Sarandos. The former couple first bought the house in 1999 for $4.2 million.

The 15,110-square-foot mansion sits on 1.5 acres of land and consists of seven bedrooms, seven full baths, rich architectural details, a fitness center, and an elevator.