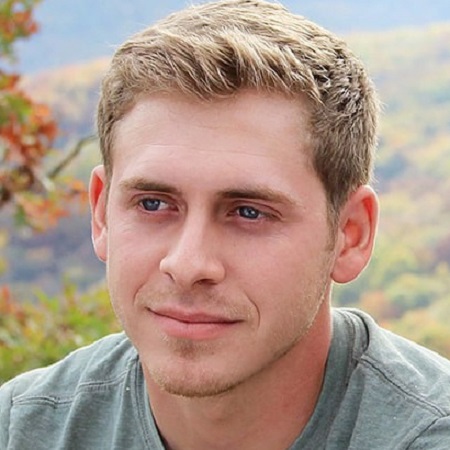 American pilot, Austin Forsyth came to prominence after marrying a famous American television personality, Joy-Anna Duggar Forsyth. She is best known for her work on reality TV shows, 19 Kids and Counting from 2008 to 2015, and Jill & Jessa: Counting On since 2015.

He was born on December 13, 1993, in the United States to the parents, Terry Forsyth, and Roxanne Forsyth. Further, he has three siblings named Brandon Forsyth, Megan Ballinger, and Rachael Tunstill. He holds American citizenship and is of white ethnicity.

Austin first met Jim Bob Duggar's daughter Joy-Anna at the homeschooling conference when they were a child. But they formally started dating in 2016 as they made their relationship official on November 15.

Before becoming a couple, they were friends for around 15 years. As a couple, they even featured on the episode of the 19 Kids spinoff, Counting On. Then nearly three years of courtship, they announced their engagement in March 2017.

Finally, Forsyth, 26, and Duggar, 22, exchanged the wedding vows on Friday, May 26, 2017, at Cross Church in Rogers, Arkansas. The private marriage ceremony took place in front of about 1,000 guests. Actually, they had officially planned to marry on October 28 but they bumped the date up.

During their big day, Duggar's little brother Joseph Duggar even proposed to his girlfriend turned wife, Kendra Caldwell. Moreover, the newlyweds went to Switzerland for their honeymoon. Now, they are happily wedded for three years with no sign of divorce.

The Fatherhood and Miscarriage

As of now, Austin is enjoying his fatherhood of two kids. He and his wife, Joy became parents on February 23, 2018, after less than a year they got hitched. Their firstborn son is Gideon Martyn Forsyth who weighed 10 lbs. and 3 oz during his birth time.

One year later, the duo announced that they were expecting their second child on May 1, 2019. But unfortunately, Duggar suffered from a miscarriage on July 3, 2019. They named their unborn angel baby girl Annabell Elise. On June 26, 2019, the doctor detected no heartbeat during the gender reveal ultrasound at 20 weeks gestation.

The Net Worth Of Austin Forsyth

As of 2020, Austin has an estimated net worth of $300 thousand. He has garnered his wealth throughout his own work as a pilot. Further, he makes an additional sum by appearing on the reality TV series, Counting On.

On the other hand, his wife, Joy-Anna Duggar Forsyth now enjoys the net worth of $400 thousand. She credits her earnings to her career as a reality TV star by giving appearances on 19 Kids and Counting and Jill & Jessa: Counting On. Further, her sister, Jill Duggar Dillard also enjoys the same worth.