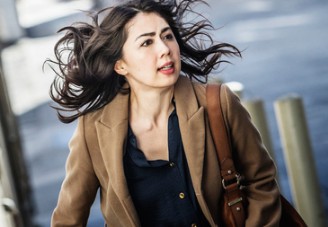 Who is Ayako Fujitani?

Along with winning the beauty contest at the age of twelve, Ayako Fujitani won the heart of many people and started her career as a model. Today we're going to talk about Fujitani's inside story.

Her father is an American and mother hold Japanese nationality who spent more than a decade as a husband and wife. Her parents, however, filed for divorce after an irreconcilable conflict and moved on to their lives.

So, how is the life of Ayako Fujitani; is she married or single? Moreover, what is her professional life? If you want to learn and more about the Japanese star we suggest you read the entire article.

Image: Ayako Fujitani during an event

Ayako Fujitani was born on December 7, 1979, in Ōsaka, Japan. She is the daughter of a famous American actor, Steven Seagal, and Japanese mother, Miyako Fujitani. Even though her father is American, Fujitani holds Japanese citizenship and belongs to Mixed Ethnicity.

Seagal grew up together with her biological sibling Kentaro Seagal and five other half-siblings, including Arrisa LeBrock, Annaliza Seagal, Kunzang Seagal, Savannah Seagal, and Dominic Seagal. There are no details about her educational background and early life.

All we know is, from an early age, Ayako was interested in the acting field. Acting is in her bloodline as her father, brother both are a successful actor of respective countries.

She is working in numerous hit films and TV series such as The Last Ship, Kaze ni Tatsu Lion, Man from Reno, Daylight Savings and many more. She's the rising star who is following her father and brother's footstep.

With a famous Spanish screenwriter Javier Gullon, Ayako Fujitani is enjoying her married life. In 2016, the beautiful couple exchanged their vows. However, the media are not disclosed the complete date and location of their wedding.

The couple loves keeping their personal life to themselves. Moreover, there are no details on when the couple met each other and dell in love. Looking at the kind of career the couple is engaged in we can say, they might have met each other during movie venture.

The couple has a daughter, from their marriage relationship. Their daughter's identity is not yet disclosed to the press. Both Fujitani and her husband Gullon are very confident about their private lives. Nevertheless, with their daughter, the couple is living a happy life without facing any rumors and disputes about their divorce and extramarital affairs, unlike their parents.

How much is Ayako Fujitani's Net Worth & Salary?

Following the footstep of her father as an actress, Ayako has earned a large amount of money. Her net worth is approximately $1 million as of 2019. With a colossal sum of money earned, she also gained a lot of fame and respects from her career.

Likewise, her father seven has an estimated net worth of $16 million till date. Whereas her third stepmother, Kelly LeBrock has over $2 million. Although she has earned a pretty good amount of money, there are no details about her house, cars and other properties.

Ayako's age is 39 years old and has a height of 5 feet 4 inches tall. Other than her height and age, there are no other details about her weight and body measurement on the internet. Fujitani has black hair and brown eye color. Still, she is the heartthrob of many Japnese boys due to her pretty face and sexy body.