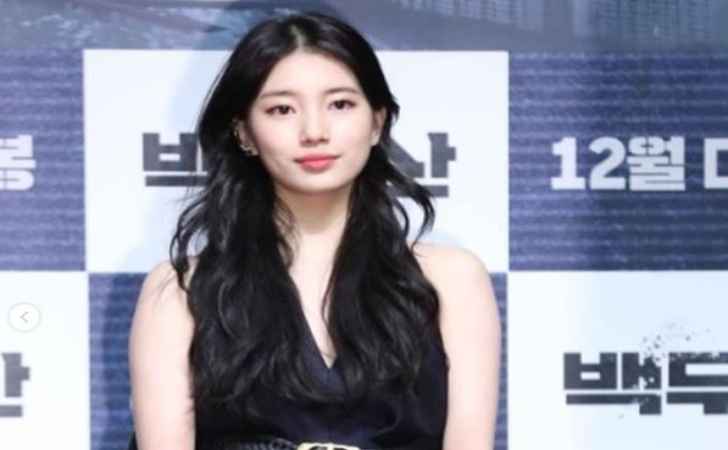 The beautiful Korean actress and singer, Bae Suzy is one of the popular names around the world. Her innocent face and well-maintained body have made the fans crazy about her. Despite being a huge personality, she seems to be a shy person and is rarely seen in the public.

Bae made her first appearance in the 2011 TV series, Dream High. Previously she was a member of the girl group/band Miss A. Moreover, She is a huge artist in Korea and has fans from all over the world. Her Instagram account has more than 12 million followers as of 2020.

Now, let's know more about Bae's personal life. Is she has a boyfriend? What are her income and net worth?

The leading actress of K-drama, Bae's current relationship status is marked as single. Yes, it's true she hasn't been involved in any sort of relationship as of now. However, previously she was involved in numerous of a serious relationship. But neither of them succeded too long.

Moreover, she is currently busy in her new TV series Start-Up where she is working with actors like Nam Joo-Hyuk, Kang Han-naa, and Kim Seon-ho. Also, she spends most of her time watching movies and reading books.

Bae has been involved in many affairs and relationships in the past. She is extremely beautiful and has a large number of followers. Lee Min Ho is one of the most loved actors in the whole of Korea. He is extremely handsome and has numerous hit series and movies in his pocket.

Suzy and Lee's way crossed back in 2014 at a set of Dispatch. Within a first met, the two got so much attracted by one another and started dating. However, the beautiful couple remained lovers for three years and later broke up in 2017. The duo's breakup news tore down the hearts of their fans from all around the world.

Suzy is not only a talented actress and singer but she is also a massive moneymaker. Back in 2013, she alone earned over $2 Million in endorsement deals which is mainly in nutritional supplements and eyewear. However, she has endorsed everything including, BBQ chicken, cellphones, pizza, theme parks, skincare products, and many more.

Speaking about her net worth, she has a fortune of over $5 Million as of 2020. Her estimated annual income is over $500,000 a year. Similarly, she owns a house in Gangnam which worth is almost a million dollars. As of now, the versatile actress and singer, Bae are enjoying a lavish living in a luxurious way.

Bae was born on 10th October 1994 in Buk District, Gwangju, South Korea. She and her two siblings were raised by working-class parents. Her father's name is Jeong Hyun-sook while the mother's name is Bae Wan-young.

She joined the School of Performing Arts Seoul. In 2013 she graduated from the same University. Before working in the movies and TV series, she was a part-time online shopping model.