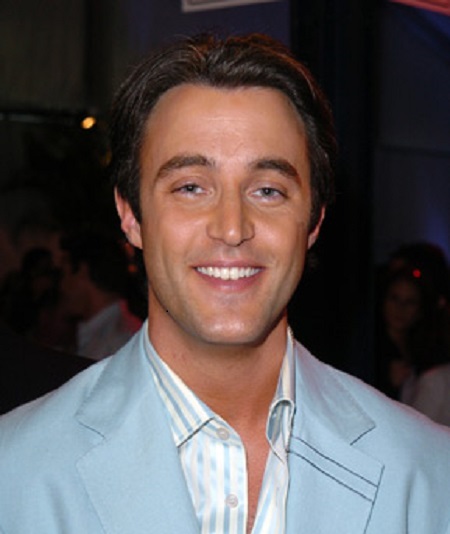 Ben Mulroney is a Canadian host who is known for working as a host at entertainment news program etalk from 2002 until 2020. Also, he is famous for hosting the CTV CBC's reality television competition show, Canadian Idol from 2003 to 2008. Now, he works as a co-host on CTV's new morning show Your Morning, alongside Anne-Marie Mediwake.

Benedict Martin Paul Mulroney was born on March 9, 1976, in Montreal, Canada. He is the second of four children to the former 18th prime minister of Canda, Brian Mulroney, and Mila Mulroney. His siblings are Caroline, Nicholas, and Mark Mulroney. So far, he studied at the Hotchkiss School and received a Bachelor of Arts degree from Duke University with a major in history.

Yes, the 44 years old Mulroney is officially off the market. Brian's eldest son and second eldest child, Ben became engaged to his one year of girlfriend, Jessica Mulroney, on December 28, 2007. She is a fashion stylist and marketing consultant who is known for working with Kleinfeld Bridal (The Bay).

Ten months later, the engaged pair walked down the wedding aisle on October 30, 2008, in the hush-hush ceremony among 60 guests. The ceremony took place at St. Patrick's Basilica, Montreal. And more than 350-guest attended their reception party.

Benedict, the 1.85 m tall claimed that his favorite part of his wedding was the moment when he saw with Jessica, 40, walk down the aisle. He added that it was his first time in his life that his breath actually left his body and he could not catch it.

Mulroney, who got a bachelor of law degree from Université Laval and Jess who is graduated from McGill University are living a happy life together now. The last year 2019, they have celebrated their 11 years of a marriage anniversary.

On June 12, 2015, the couple again welcomed another bundle of joy or daughter Isabel Veronica Mulroney who is known as Ivy. On 19 May 2018, the whole family attended the royal wedding of Prince Harry and Meghan Markle. At the ceremony, Brian and John joined as page boys while Ivy served as a bridesmaid.

How Much is Ben Mulroney's Net Worth?

As of early 2020, Ben Mulroney has a staggering net worth of $10 Million. He has accumulated his total fortune throughout his hosting gigs. Alan Hamel is another TV host with a worth of $100 million.

Well, Mulroney came fame when he worked for a news program etalk for about 18 years. While at etalk, he covered major events in entertainment, including the Oscars, the Golden Globes, and the Juno Awards. Thus, he might be earned compensation of $73,698.