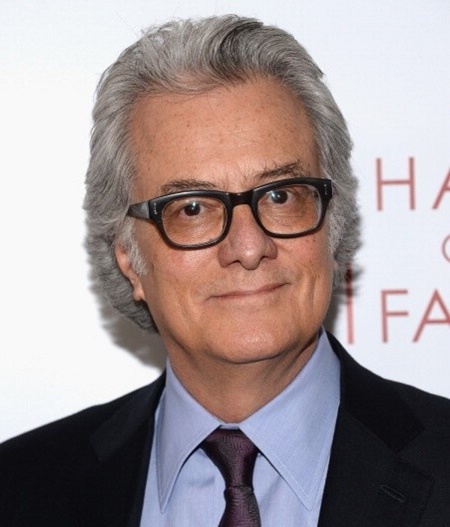 Bill D'Elia is an well-known American screenwriter, director, and producer who has directed over 150 TV episodes and produced over dozen television series during his career. His significant works include Grand Hotel, How To Get Away With Murder, Monday Mornings, Boston Legal, Ally McBeal, and Harry's Law.

William D'Elia was born on June 24, 1946, in Queens, New York, the U.S to the Italian-American parents. He holds American citizenship and is of mixed ethnicity. He completed his graduation from Ithaca College. Later, he received a master's degree from William Paterson University in 1972 in communication arts.

Who is Bill D'Eli Wife?

She is none other than Ellie D'Elia (Ellie Dombroski D'Elia) who works as an Interior Decorator. Now, Bill and his long term partner Ellie has been living a blissful married life for a long time. So far, there's no news of rumors coming out in the press about their extramarital affairs leading to a divorce.

However, the married couple has still not leaked any piece of information regarding their intimate things to the media. Because of their secretive nature, their exact date of marriage remains private or away from the limelight.

He is a Dad of Two Famous Sons

Yes, the long term married couple, Bill and Ellie are proud parents of two youngsters. They gave birth to their firstborn son, Chris D'Elia on March 29, 1980, while their second son Matt D'Elia was born on October 19, 1984.

Now both sons Chris and Matt have their own successful career. 40, Christopher William is a stand-up comedian, actor, writer, and podcast host who is famous for a starring role as Alex Miller om the NBC sitcom Whitney. Additionally, he was married to actress, Emily Montague from 2006 until 2010.

As of early 2020, Bill D'Elia allegedly has an impressive net worth of $10 million. He mainly accumulates his income and earnings throughout his strong career as a screenwriter, producer, and director. Similarly, Anthony Byrne and Bradley Raymond are prominent directors with heavy worth.

Similarly, the average salary for the Film/TV Producer is $68395 while the screenwriter earns $80000 in a year. Thus, his remuneration might fall in the same range. Meanwhile, his oldest son Chris D'Elia, an American stand-up comedian, actor, writer, and rapper has a worth of $13 million.

Bill D'Elia has been working as an Executive Producer/Director since 1989. In the 1980s, he was a prominent director of television commercials.

He began his career by directing and producing the Thomas Berger 's nominated novel The Feud for the Pulitzer Prize in 1989. He has since directed over 150 TV episodes such as Law & Order, Northern Exposure, Glee, Chicago Hope, Boston Legal, and Ally McBeal.

D'Elia further was an Executive Producer/Director of dozen television series including How To Get Away With Murder, The Crazy Ones, Monday Mornings, Harry's Law, Boston Legal, and Ally McBeal. In 2011, he starred as an actor in an independent documentary film, My Date with Drew.

Throughout his career, Bill has been nominated for Boston Legal for four Primetime Emmy Awards, Chicago Hope for three, and Ally McBeal for one.

Stay Tuned With Married Celeb To Know More About Directors