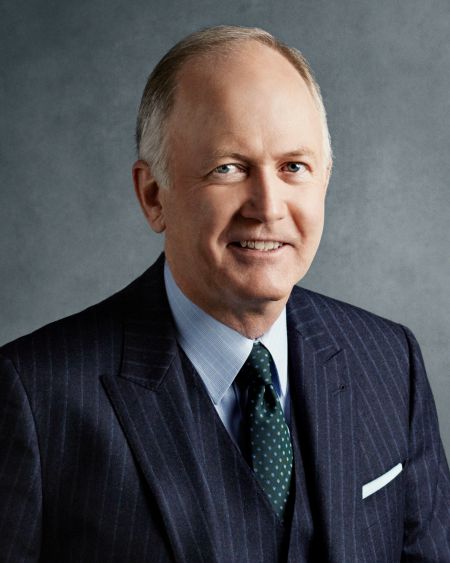 American journalist, Bill Griffeth is well known as the financial journalist for the pay business news channel, CNBC. He is also the news anchor of the television news series, Nightly Business Report with Susie Gharib and Tyler Mathisen. For his prominent works at CNBC, he received six CableACE award nominations.

Bill was born as William Curtis Griffeth on 7th August 1956, in Los Angeles, California, United States. Moreover, he is an American by his nationality and belongs to white ethnicity/race. Aside from this, he is a married man.

Bill Griffeth is in a happy marital relationship with Cindy Griffeth since 1982. After their nuptial, the married pair lived in their hometown, California, but after ten years, they moved to Park Ridge, New Jersey, in 1992. While there, the duo welcomed two adorable kids, Chad and Carlee Griffeth.

The soulmates are together for more than 37 years now without any sign of separation. They also traveled through various parts of Europe and visited many places of the United States where their ancestors stayed for a long time.

The fantastic personality, Griffith, has an impressive net value of $10 Million as of 2019. He earns a lucrative salary from his profession in the field of journalism. According to Glassdoor, a news reporter at CNBC makes an average compensation of $83,039, including a bonus of $4,000.

Bill serves as a nightly business reporter in the television news series, Nightly Business Report, which garnered 7.2 stars out of 10 ratings from the views of its episodes with Griffith. Similarly, Melissa Lee and Mary Thompson also work on the same news channel.

As an author, Griffeth wrote his first book, "Bill Griffeth's 10 Steps to Financial Prosperity: NBC's Award-Winning Author Shows You How to Achieve Financial Independence" on 1st April 1994. The book is about individuals who are preparing to achieve their financial goals.

Bill recently wrote and published a new book, By Faith Alone: My Family's Epic History in 2019, which is about the family trees that are never finished and a country where the great motivator created faith in humanity.

Griffeth also wrote numerous books, such as Bill Griffeth Interviews the Mutual Fund Masters, Loose Nukes, By Faith Alone, and The Stranger in My Genes: A Memoir.

As a Professional Journalist

Bill Griffeth started his career as a news reporter. In 1991, he was the part of the production team, which telecasts the Financial News Network (FNN). More to that, he received the CableACE Award nomination for his Black Monday coverage in 1987.

Take a look at Bill Griffeth interviewing with Ted Benna

Griffeth joined the business pay news channel, CNBC, in 1991, when NBC bought the FNN channel and emerged it with the CNBC network. He also anchored many news programs, including Closing Bell, Movers & Changers, Special Report: Disaster in Japan, and various others.