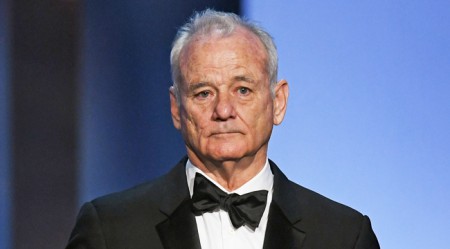 Actors are known for their versatility and portrayal of iconic characters on screen. They leave an immense impact on audiences, and we regard them as our idol. Among such few personalities, we have to mention the multiple awards winning actor Bill Murray. The following article aims to provide an insight into his personal and professional life.

Bill was born as William James Murray on September 21, 1950, in Evanston, Illinois, U.S. His father was Edward Joseph Murray II, a lumber salesman, while his mother was Lucille, a mailroom clerk.

Murray grew up in a Roman Catholic Irish-American family with eight siblings. And three of his siblings John, Joel, and Brian are also actors.

Bill attended St.Joseph's grade school and during his teen years he was the lead singer of a rock band called the Dutch Masters. After graduating from Loyola Academy, Murray attended Regis University in Denver but dropped out.

Bill rose to fame first on Saturday Night Live which also earned him his first Emmy Award. Some of his notable credits include Meatballs, Tootsie, Ghostbusters, Quick Change, etc. He garnered critical acclaim starring in Lost in Translation which earned him a Golden Globe and a BAFTA Award for Best Actor.

How old is Bill Murray?

Talking about Bill Murray's relationship status, he is probably single as of now. However, he has been married twice in the past. Further, Murray's popularity has been such that he holds an iconic status in U.S popular culture and his eccentric style of comedy made him as a folk hero to the audiences.

However, Murray has been arrested multiple times. An interesting fact, Vladimir Putin's oldest daughter Mariya Putina's boyfriend Jorrit Faassen was also sentenced to jail after founding him guilty of committing $517 million worth of fraud.

As mentioned, Murray has been married twice. He first married to Margaret "Mickey" Kelley from 1981 to 1996. How did they meet? The former husband-wife duo met during the filming of Stripes. They married on Super Bowl Sunday in Las Vegas on January 25, 1981. Later, they remarried in Chicago for their friends and families.

Margaret gave birth to two sons; Homer (b:1982) and Luke (b:1985). Sadly after fifteen years of their marital relation, Bill and his first wife divorced. The primary reason for their separation was Murray's affair with another woman named Jennifer Butler.

Outside of his marriage, Murray has been in a relationship with Jenny Lewis and Linda Ronstadt. Besides, he is also rumored to have hooked up with Crystle Stewart. Further, around May 2019, a piece of news about Bill and Selena Gomez went viral. So, what was it?

Actor Bill and famous singer, Selena attended the world premiere of The Dead Don't Die, a zombie thriller movie in which they both starred. As the two mega-stars walked the red carpet, they shared a very playful moment. Murray whispered into Gomez's ear, and the internet went viral.

Afterward, Selena poked fun at the photos and teased that she will marry the legendary comedian. However, the comedian Murray admitted that he had no idea what he whispered to Gomez, but he told that he liked her. Well, the rumor was certainly a playful joke.

The famous comedian, actor, writer, and producer, Mr. Bill Murray, has a net worth of $140 million as of 2019. The primary source of his income is acting, producing, investments, and business ventures. Another legendary actor, Tom Hanks, is also one of the highest-earning Hollywood actors.

Further, Murray made an impressive fortune throughout his career. As per sources, his highest salary per movie is 2016 The Jungle Book, where he was paid over $48 million. Likewise, some of his highest-grossing films are The Jungle Book ($966.6 million), Ghostbusters ($229.1 million), Tootsie ($177.2 million), etc.

As per sources, his earnings from business ventures is over $10 million. Murray has branched out into several business ventures. He is part owner of four baseball teams, a restaurant called Caddyshack and a golf-related clothing business.

As a businessman, Murray co-owns a chain of restaurants and several minor league baseball teams including the St. Paul Saints and Auburn Astros.

Also, Bill has a collection of several luxury cars, including a beautiful vintage Maserati sports car.