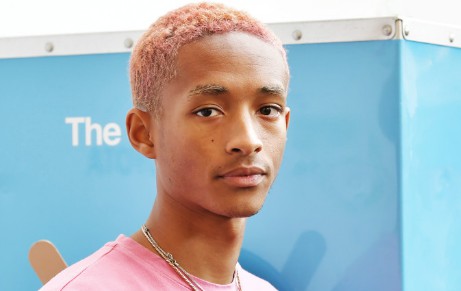 Who is Jaden Smith?

Despite being associated with popular family, only a few can outshine their family name and create their own. Jaden Christopher Syre Smith is a film actor, songwriter, dancer and rapper popular by the name of Jaden Smith. In the 2006 drama The Pursuit of Happiness (2006), Smith made his film debut playing the son of his real-life dad, actor Will Smith. From his debut movie itself, Jaden won the MTV Award for his performance in the movie.

The following artist had recreated the his own identity on the entertainment industry quite similar as Ronnie Wood's son, Jesse Wood.

Born on July 8, 1998, in Malibu California USA, the American Actor, singer, dancer and rapper is famous American actor Will Smith's son and model Jada Pinkett. Smith has a younger sister Willow Smith (born October 2000) and half-brother, Trey Smith. His grandparents were African-American, while the Afro-Caribbean family was his maternal grandmother.

As for studies, Jaden Smith attended the New Village Leadership Academy, which his parents co-founded before being educated at home. Before he was on fame, he also assisted as a youth ambassador in the project called Zambia and Hasbro to care for kids in Zambia whose relatives died as a result of AIDS along with elder brother Trey Smith and his sister .

On the other hand, along with the renowned American singer Justin Bieber, he also began his music career called "Never say Never." Smith has since recorded several songs, releasing his single and mixtape "The cool cafe (2012)."

The star also began his own clothing/lifestyle brand called MSFTSrep and even partnered "just water" with the spring water business. Smith also worked with a Korean designer, Choi Bum Suk, in May 2013 to develop a pop-up store where clients can purchase clothes with their collaborative logos.

Jaden Smith may be the son of iconic actor Will Smith and Jada Pinkett-Smith, but for himself, he's created the name with his either extraordinary acting, singing skills, and controversial statements. Here are some of the details about his dating life.

Jaden Smith and Madison Pettis were photographed at the young age of 12. She is best known for her role in the "Game Plan" movie of 2007.

The couple dated and split after a year of being together. The details about their break up are still under the shade.

In July 2011, Stella Hudgens, the little sister of Vanessa Hudgens, started dating Jaden. After a year of dating, the pair decided to break up in August 2012.

Their romance in October 2013 was short-lived as the couple ended their fling the same year. The two are still friends and have been seen at the 2017 MET Gala together.

Amandla Stenberg, who later starred in "The Hate U Give," and Jaden Smith were rumored to link up back in 2015 when they came together to the prom of high school in Amandla. The two have never confirmed their relationship.

The 23-year-old model Sarah Snyder and Jaden Smith were in a relationship from August 2015 to the beginning of 2017.

However, the pair decided to part their ways from each other after an irreconcilable quarrel.

She is the daughter of award-winning actress Pamela Adlon in early 2017. Whether the two are still together or not is still not known.

Ever since November 2018, there is no update about his personal life. Hopefully, he clears all the speculation about his sexual orientation.

From his career, the renowned star earns a hefty amount of money and enjoys a lavish lifestyle. As of 2019, it is estimated that Smith's net worth is around $8 million. He also modeled for Louis Vuitton and advertised for McDonald, which helped him to raise the enormous amount of cash.

Likewise, recently, he also moved out of his parents home and moves into a $4 million home located in Hidden Hills, California. The house of Jaden Smith has six bathrooms and five bedrooms. It has a long driveway and is surrounded by trees. Not to forget, Smith car is a Tesla Model X that costs about $80,000, a dark silver vehicle with windows on the falcon.

In April 2019, during his mid-afternoon Friday set, Jaden Smith got higher than just about anyone at Coachella — but not the way you might expect. He performed on the roof of a Tesla vehicle for a few songs in the high-energy performance. A stagehand was sitting in the passenger seat, enjoying himself the view from the flying car.

Stick on marriedceleb for more updates.