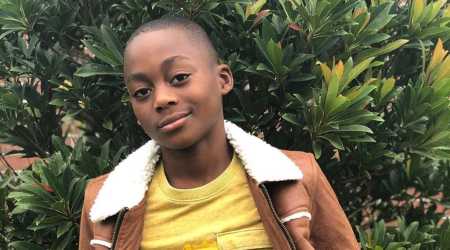 American young elite soccer player, Braylon Howard is playing as a forward attacker for SIMA Aguilas junior soccer team at Montverde Academy, Florida. He is also widely popular for being the son of a professional basketball player, Dwight Howard and Royce Reed,an actress. Other than that, Howard is also active in acting and singing while following the footsteps of her mother.

Howard was born as Braylon Joshua Robert Howard at 9:21 AM on 18th November 2007 in the United States. Meanwhile, he is the first child among four other siblings as well. If you're interested to know more in details about Howard's personal life, read the article to the end.

Braylon's guardian, Dwight Howard, and Royce Reed were involved in a blissful relationship. The duo had their first encounter in 2009 and shortly began dating after spending a quality moment.

The couple eventually ended their long-term bond after dating for three years due to some misunderstandings in 2011. After the separation, Dwight took the responsibility of Braylon when he was only four years old.

Braylon's parents signed a paternity agreement for child support and other parental guidance for Howard in Orange County Circuit Court, Orlando, Florida in April 2011. During their court custody, the petitioners find that Reed had $551,606.74 debt, including interest after the defamation judgment in 2010.

Howard's father, Dwight was involved in an intimate affair with his first girlfriend, Emili, but their relationship later ended due to some personal problems. The former partners also welcomed a son.

Dwight then started dating Tiffany Render after meeting her in 2008. They also shared an adorable child, Layla Howard in October 2010. However, they later split up after Render find out that Dwight was secretly dating a model, Hope Alexa, who gave birth to Howard's fourth child, Jayde Howard (born in December 2010).

Following that, Dwight began to date Christine Vest from 2011, and their relationship lasts for more than eight years. During the time when Christine and Dwight were dating, Howard dated with Marion Denise Douglas, Camilla Poindexter, and Celina Powell (2015).

More to that, Dwight is now engaged with an American professional basketball player, Te'a Cooper,who's 13 years younger than him. She's currently playing for a basketball team, Baylor Lady Bears in NCAA Division I women's basketball competition.

How Much is Braylon's Father Net Worth?

Throughout his NBA career, Dwight earned a total earnings of $240,096,336 with overall six basketball teams from 15 seasons. Similar to Dwight, Rui Hachimura is also earning a fruitful payroll from his contracts with Washington Wizards.

Braylon Howard is fond of animals and keeps two pet dogs at his home. One of his dogs is a Siberian Husky, Blue and his second dog is a Papillon breed. He also shares photos of his dogs while playing with them via social media.

Braylon's father also listed his Longwood, Orlando, Florida accommodation at $4.9 Million, which he bought for $7.8 Million. Their former home features a resort-style pool alongside a hot tub, a theatre room, a bar, and a furnished kitchen with ceilings.