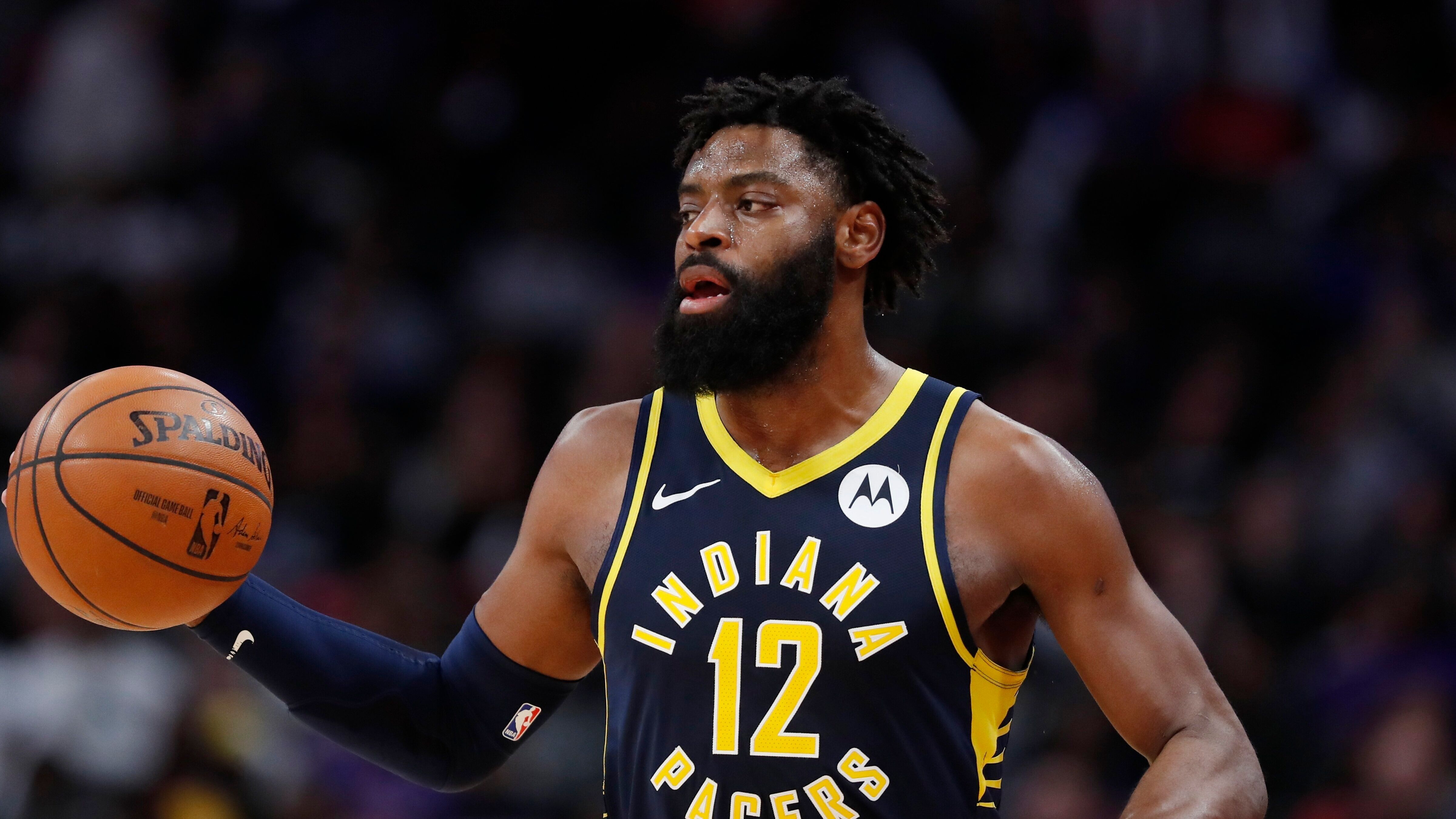 Tyreke Jamir Evans aka Tyreke Evans is a prominent American professional basketball player. He was playing with Indiana Pacers until 2019, but after violating the terms of the league's anti-drug program, he gets disqualified.

What Is Tyreke Evans Relationship Status?

The 30 years old basketball player is probably single as of 2020. Moreover, he is quite secretive about his personal life, and since his suspension, he rarely made public appearances.

Also, it is hard to dig deeper into his personal life as he has changed his Instagram account to private. It seems the player is yet to found his lady love. Hope in the future we can see him with his love of life.

Tyreke was previously in a relationship with Angel Brinks, who is a famous reality TV personality as well as a fashion designer. The two started dating in 2010 after appearing in various events.

Additionally, the pair also shares a daughter, Amina Evans who was born in 2014. Besides, Amina, the player also co-parent a son, Azari (born in 2008) from Angel's previous marriage.

Unfortunately, their relationship began to crumble down, and they parted their ways in 2015. The couple, however, still shares a cordial relationship for the sake of their daughter and decides to co-parent her.

After their break-up, NBA star remains single, but the fashion designer started dating actor and director Jackie Long. They are together for a quite long time now and often share romantic pictures on social sites.

The professional basketball player, Tyreke, holds a net worth around $32.4 Million. Meanwhile, his yearly income is around $4 Million as of 2019. He is one of the highest-paid NBA players with a decent sum of salary.

Furthermore, he was a very good friend with NBA legend, Kobe Bryant who lost his life in helicopter crash alongside his daughter, Gianna Bryant.

Banned From the NBA

In May 2019, the NBA made an official announcement that Evans was no longer with the team. They added, he was dismissed and disqualified from the league for violating the terms of the anti-drug program of NBA/NBPA.

Besides, the player will be only eligible to apply for reinstatement in two years (2021). Moreover, the league clarified they weren't permitted to discuss Evan's failed drug test other than to announce a dismissal.

Keep Updated With Us For More Information About Basketball Player: MarriedCeleb!!!